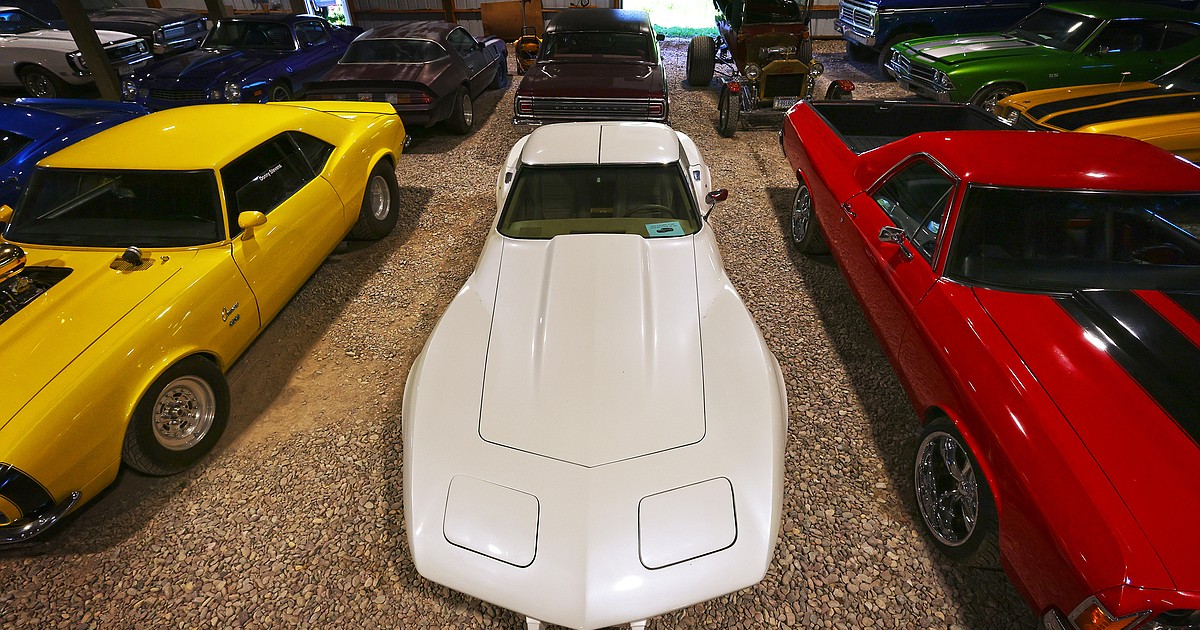 A car collector seeks to share his passion through the museum

To say that Donny Stevens has a passion for muscle cars is an understatement.

The Columbia Falls trucking company operator is building a museum to display its 45-car collection, which it hopes to open by the end of this year.

“It’s still a dream for the moment. We’ll have to see what the economy does and how things develop,” Stevens said of the project. “I just want everyone to be able to enjoy these cars. Each car has its own story, its own life.

Stevens’ fascination with cars dates back to his teenage years when he raced his blue and white 1968 Chevy Camaro. Today, more than 46 years later, this Camaro is still part of his collection.

“This car is my favorite because of all my memories in it,” said Stevens’ daughter, Juanita Yeheyes. “Dad used to take us to the theater in that car and sometimes we would make donuts in the middle of nowhere. I struggled to see it repainted, the windows tinted and the seats redone, but it’s such a beautiful car.

ABOVE Over the past decade, Stevens has amassed a collection worth over $2 million, including more Camaros, a Corvette, Road Runners, multiple trucks, and even an El Camino.

Stevens says the reason he started the collections isn’t hard to figure out.

“It’s simple, the children are grown up and everything is paid for. It’s something that’s just in my blood and I love it. It’s just who I am. It’s a passion, a very strong passion,” he said. “Hot rod cars have become so popular over the last few years because guys my age are getting paid for their house or whatever and all of a sudden they can go and buy the car that they themselves or their friend had when they were young. We all do that at one time or another. They are also a good investment right now.

Among Stevens’ favorite pieces in his collection is a 1923 Ford T Bucket that he calls his “Fun Mobile.”

“People look at it and they laugh,” he said. “They’re smiling. They’re waving. It just attracts pleasure.

Stevens hopes the museum will be up and running this winter, ready to share its collection with the community. The exterior building and lighting have been completed for the structure Stevens hopes to turn into his museum on Hodgson Road, but the cement floor and driveway have yet to be completed.

“I’ve been a crew chief all my life, even when I was a young teenager. There were three things I wanted to be in my life. I wanted to be a racing driver, a truck driver and a carpenter and I ‘ve been all three,” he said. “I like to make people smile. I like to make people happy. The museum is not about making money and I don’t even plan not about charging people. It’s about doing what you love and having fun.