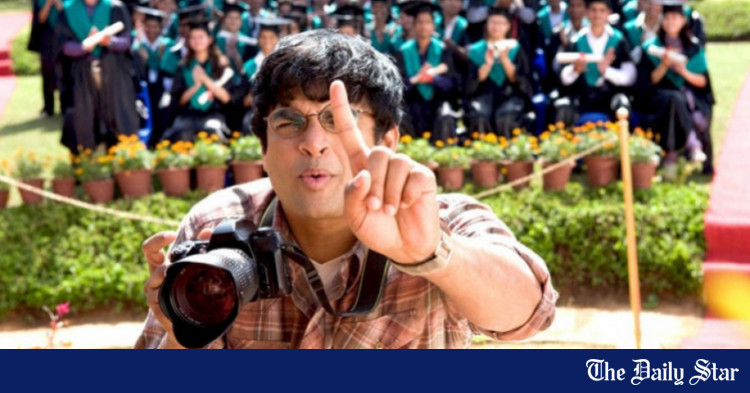 An engineering student finds his passion in all things non-engineering

After two years of college, this local engineering student continues to find everything outside of his major fascinating and compelling. Although Shadman Sakib wasted 12 years of his life before coming to Azimpur University of Engineering and Technology (AUET), engineering changed his perspective forever.

“I spent my early teens wandering around GTA and my late teens doing MUNs. Obviously productivity isn’t my cup of tea. I don’t know how I became an engineer. I often have epileptic seizures where I remain unconscious for certain periods of time, in this case four months of pre-admission preparation to be specific,” Shadman explains of his trip to AUET.

For all the latest news, follow the Daily Star’s Google News channel.

“Engineering is like an arranged Bengali marriage. By the time you realize it should have been your decision and not your parents’, it’s often too late,” he says.

Shadman’s journey began amid the pandemic when he signed up for several classes he couldn’t commit to, just like his relationships.

“While browsing Coursera, I finally realized how my mother feels in Gawsia,” Shadman continues. “With online classes, I was able to learn more about our quantum world. Sure, I failed 9th grade physics, but my failures don’t define who I am! I currently have 52 incomplete classes. Coursera keeps begging me to come back. But one thing I’ve learned from my MUN days – some things in life are just about participating and earning points on social media.”

Shadman’s next endeavor was to find something less academic. He spent months looking for a hobby, “At first I had to complete the basics of finding a hobby. Buying a ukulele, failing miserably on the first try, realizing it takes time, then give up within a week. My irresistible urge to look cool unfortunately wasn’t enough to get my ADHD to get up and make the effort to learn a new skill.”

After music, Shadman tried his luck with the arts, “I explored the modern art world before going through the usual process of cursing my parents for making me choose engineering, whining about social media and realizing I should have gone for Charukola even though I’ve never even held a paintbrush in my life I bought the equipment, drew primitive acrylic paintings of random flowers on the internet because they are the easiest to imitate and yet somehow I messed it up. My art page got abandoned after 34 likes and so I gave up.”

Shadman’s desperation to find his passion drove him so far that he became the very thing his kind swore to destroy, “From bashing BBA undergraduates on the internet to entering a commercial contest, I I came full circle. It was filled with people like me who were unhappy with their majors but too lazy to do anything about it.”

However, in his search for passion, Shadman forgot something small but crucial. He forgot to study, “The graduates arrived and I swore to prepare six months of the program in two weeks. I stayed awake at night, I was depressed, I developed an eating disorder and chronic back pain.

Shadman, of course, continues to blame everything on engineering.

Remind Ifti to be quieter at [email protected]