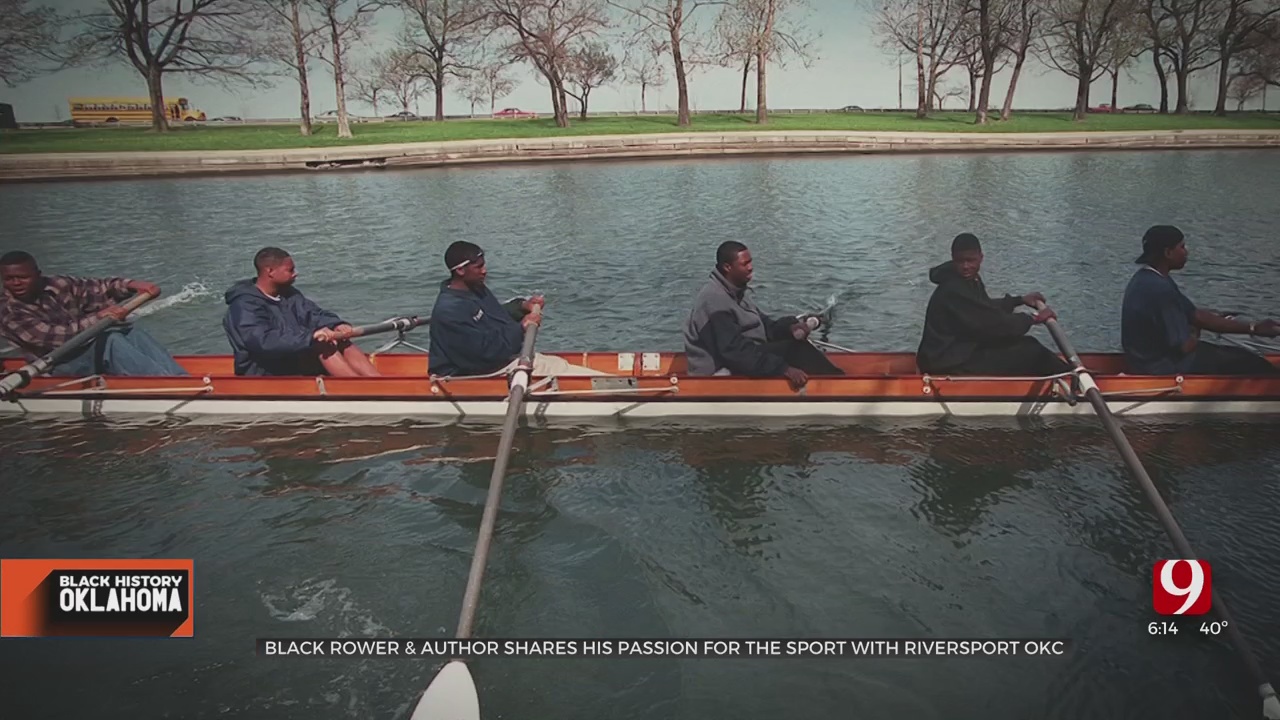 Arshay Cooper said Riversport invited him to OKC to help promote diversity in water sports programs. He visited several schools and spoke to students about the different doors rowing has opened up for him in his life.

“I had to tell stories that meant something to them. I had to demonstrate how difficult it was for me growing up and how I managed to overcome that,” Cooper said.

Cooper said rowing was a sport he never imagined himself doing as a kid. He said he went to school one day and there was a boat in his cafeteria with a rowing team sign-up list.

“I had no idea what rowing was. I don’t even swim. It’s not for black people, you know, and the next day they were giving out pizza and I said I could check out the pizza,” Cooper said.

With a deep slice of pizza in one hand and a pen in the other, Cooper signed up and opened up to a new world filled with opportunity.

Cooper said it gave him a brotherhood and he wanted others to experience it, so he started several low-income youth rowing programs across the country. He has also written a book which has been adapted into a film encouraging children from all walks of life to be part of the water sports community.

CLICK HERE to find out how you can find a copy of the book or to watch the film.

“There are a lot of hurdles when it comes to rowing well, the cost. The boat is the same price as a Mercedes, some boats. Historically in our communities there is not much access to swimming and pools due to many structural limitations, so swimming is a huge barrier. I would say transport, (also). The water is not near our communities,” Cooper said.

Cooper encourages students to break through these barriers. He said they would be shocked to see what awaits them on the other side.

2022-02-27
Previous Post: Why Passion Economy is the next big thing
Next Post: A passion for volunteers | The Kingston Whig Standard