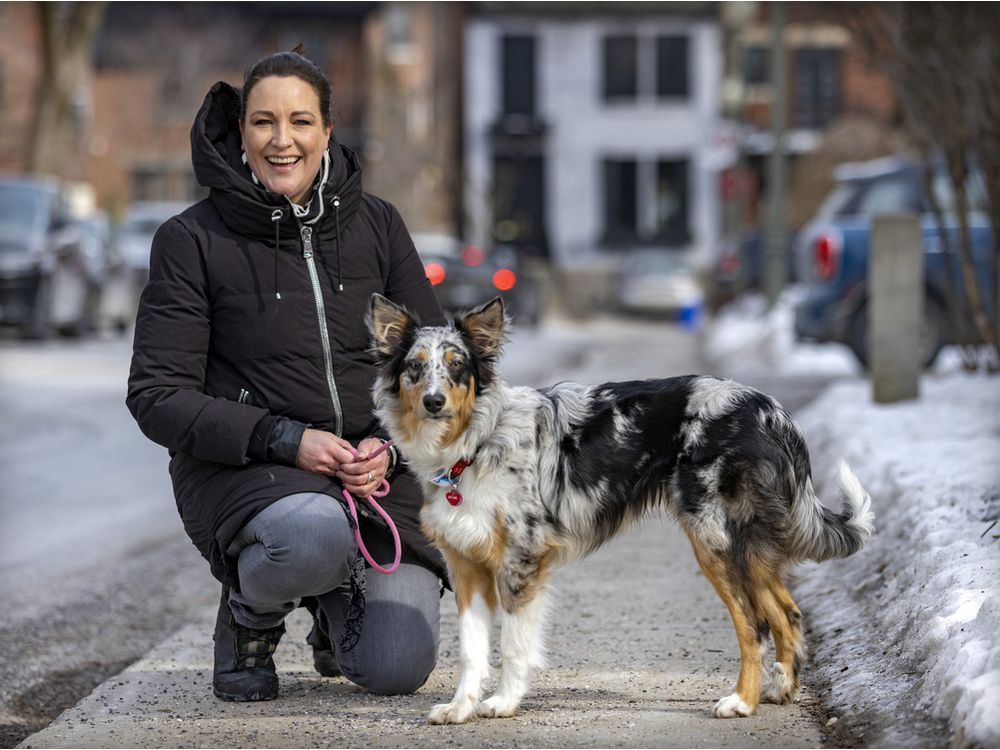 Lindsay Eberts has a ready answer for those who tell her she’s following in her dad’s footsteps: ‘I may have big feet, but he was a size 14…so it’s not possible’, cracks she. “Besides, I wouldn’t set myself up for total failure like that.”

She neither. Her father, the late Montreal producer Jake Eberts, would certainly be thrilled for his daughter to continue his cinematic legacy and passion for Indigenous issues.

Lindsay Eberts is executive producer of the documentary By lovea compelling inquiry into the overrepresentation of Indigenous children in the Canadian child welfare system.

Jake Eberts was probably the most successful producer in this country. He has participated in more than 50 films, including Chariots of Fire, Gandhi and The Killing Fields. In all, they have won 37 Oscars. At the top of his list of favorites were the Aboriginal-centric Dances With Wolves (winner of seven Oscars, including Best Picture), The Education of Little Tree, Gray Owl and Black Robe.

Jake and his siblings created the Eberts Endowment at McGill University, his alma mater, to support Indigenous students.

“I can’t do what my dad did,” says Lindsay Eberts, “but I’d like to at least have the same kind of integrity and carry on his philosophical legacy. He had such a heart and was so well respected.

But his father, a chemical engineer by training, was not unaware of the disadvantages of cinema.

“He had the best lines ever, but the one I liked the most was, ‘One of my first jobs was as a sewage analyst in Sweden, and with the quality of the scripts that landed on my desk, some would say my job now isn’t that different.

Directed by Matt Smiley and narrated by Shania Twain, For Love takes a look at a child welfare system in crisis. Of the 48,000 children in the Canadian system, the film notes, more than half are Indigenous. This is particularly troubling given the fact that they represent only 7% of the child population in this country. Even more shocking is another statistic cited in the film: Indigenous youth are five to seven times more likely to commit suicide than their Canadian counterparts.

For Love is filled with all sorts of alarming stories, from the horrors of residential schools to ongoing toxic water issues. Yet the documentary is also about resilience, focusing on an uplifting awakening of cultural pride from Indigenous youth.

“Children are the guardians of the possible,” famous First Nations activist Cindy Blackstock says in the film. She is also an executive producer.

Lindsay Eberts is particularly taken by the positive message about pride that the documentary conveys.

“How do you make people want to see films dealing with such horrible subjects? I was amazed that many Canadians know or have heard of these details, but not much else,” she says. “Hopefully this film, while avoiding taking a Pollyanna approach to some major issues, sheds light on both what happened and what is happening.

“For Love is truly a love letter at its core, as it was initiated by this incredible woman, Hereditary Chief Mary Teegee. She specifically chose Matt (Smiley), her young white friend, because she needs that his demographic listens and feels something for people they haven’t met – people raised with different challenges.

“It’s so important that we have coverage that connects with people, not just their struggle narrative. The horrors that happened in the past are not over as we continue to take children away from their families. But we also need to merge that connection with a celebration of Indigenous culture.

Eberts says she was at a crossroads in her career when her father died nearly 10 years ago. Then her mother died unexpectedly 22 months later. It took time, but seven years ago Eberts realized it was time to pursue a dream and started making short films.

“I had thought a few years ago, not in a morbid way: what if I don’t wake up tomorrow? What am I doing today that would give meaning to my life? It was then that I was determined to keep this passion of my father alive. If I could do that, I could die happy.

Three weeks after having that thought, she received an email from her longtime friend Smiley inviting her to join the For Love team.

And so she keeps her father’s torch burning, even if she’s not exactly in his size 14 footsteps.

By love can be screened online until February 21 at bit.ly/34ZUxEA. Viewers are asked to pay what they can; a donation of $15 would be appreciated. Proceeds from ticket sales go to Shania Kids Can and the Sk’ai Zeh Yah Youth Center.

Sign up to receive daily news from the Montreal Gazette, a division of Postmedia Network Inc.

Thank you for your registration!

A welcome email is on the way. If you don’t see it, please check your spam folder.

The next issue of Montreal Gazette Headline News will soon be in your inbox.

We encountered a problem during your registration. Try Again