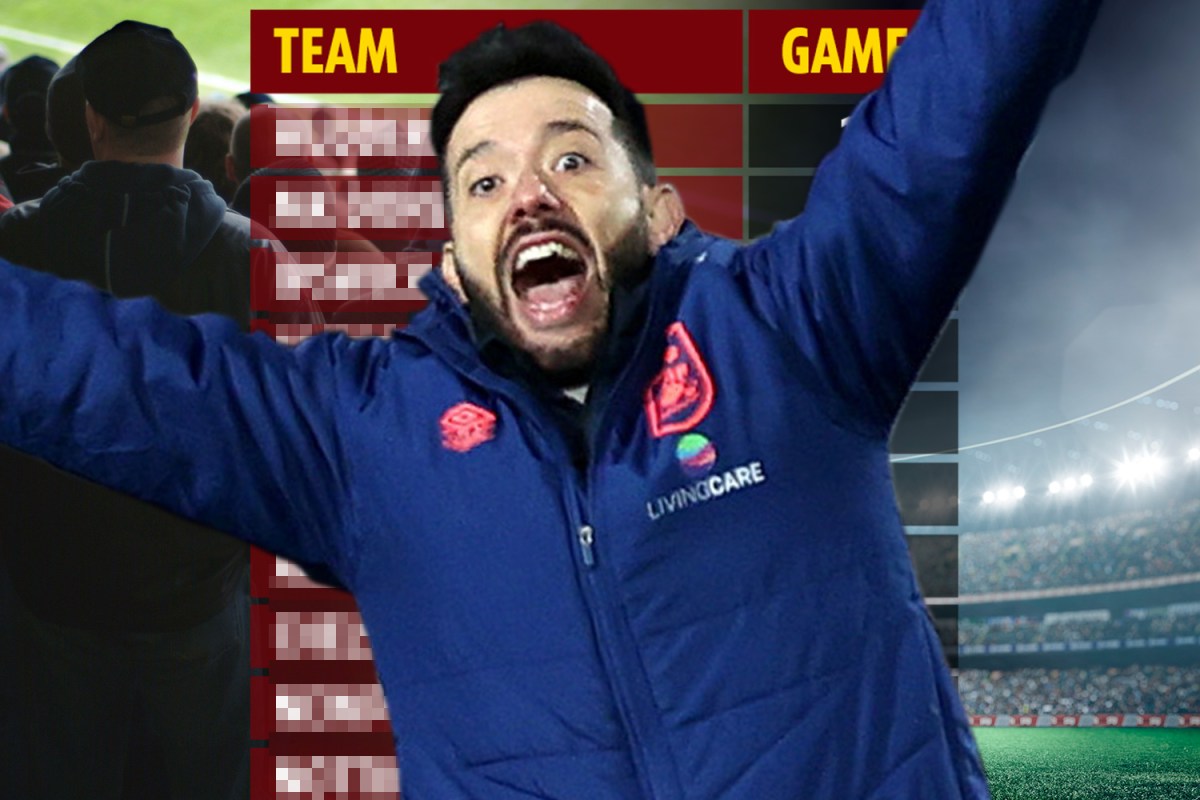 CARLOS CORBERAN sits in his office talking passionately about the management of Huddersfield.

He is one of the most spirited coaches I have spoken to.

Only Paolo Di Canio beats him in my personal list – even though Antonio Conte sang me once in Los Angeles during a pre-season tour at Chelsea.

But, literally, you could ask former Sunderland and Swindon boss Di Canio a question and 15 minutes later he’d still be answering it, even though he’d taken a tangent while replaying every scene he described .

Corberan isn’t quite in this league – yet on the touchline he hits every ball, wins every tackle and header, completes every pass and, as a former goalkeeper, makes every save. He lives and breathes every moment with his team.

I often wonder how his players stay calm on the pitch because sometimes I am a nervous wreck just watching him!

“I love the game. I love everyone involved. I love to analyze every thing that happens.

“It is of course important to control these emotions – everyone has a different personality.

“Some people don’t express themselves much, others do, but it’s impossible to be calm without passion.

“It’s easier to manage this passion. Sometimes we manage well, sometimes not, but I try to be calm.

“Sometimes when I talk to my family after the game I tell them I was calm but they say, ‘No way.’

“We are so desperate to build a team that the fans are proud of and that’s why we care so much.”

But, as Corberan explains, it is impossible to be completely calm. Despite all the work done behind the scenes to prepare a team for a game, there are so many things you can’t control – things you can’t predict or negotiate.

Even if the game is seemingly in the sack at 2-0 with six minutes to go as it was at the Hawthorns on Friday night, the unexpected can happen.

In this case, referee Matthew Donohue awarded West Brom a penalty when he wrongly ruled that Sorba Thomas had caught Alex Mowatt with a high foot.

Within a minute it was 2-2 and the Terriers nearly lost when Karlan Grant hit the bar.

Football always keeps you on edge.

Corberan said: “What helps me feel calm is knowing that we prepared well for the game.

“The more we grow and work the team during the week, the more serene we can be on the touchline because we know that we have done everything we can.

“Imagine if you know the team only has the option to deal with one type of situation, something else happens. Then you don’t have a solution.

“You can never be relaxed or think everything is under control. Other teams also have good players and good coaches. So you can never feel completely calm.

Corberan is endearing and I imagine how much the players must enjoy playing for him.

I connected with him instantly because he has this real human quality.

He’s not some boring jerk who doesn’t really want to talk to you and gives you all the same boring answers to every question – although he once mentioned something about taking every game as it comes!

The Huddersfield boss loves to read books and watch real movies and documentaries to understand and learn about human behavior.

One of the more recent films he enjoyed was King Richard where Will Smith stars as the father of Serena and Venus Williams in a film that chronicles his life and his determination to make the two sisters into great tennis players.

And he also enjoyed watching Never Give In – a look at the life and career of Sir Alex Ferguson.

Corberan said: “Football is full of human beings. There are so many things there that can make you understand people.

“I like to analyze the behaviors of people and people who have accomplished incredible things.

“I like to know and understand their thoughts and the reasons for their behavior.

“The actual movies are the ones you have to watch because you get to see another side of someone amazing – their real personality. You can take so much knowledge from that.

Corberan says he respects the modern day footballer so much because of the demands placed on him. He happily accepts he ‘didn’t have the skills or mindset’ required to be a top goalkeeper as a kid at Valencia.

Some people don’t express themselves much, others do, but it’s impossible to be calm without passion.

He said: “It’s so different playing a game on the training ground and another in front of 20,000 people, especially outside where they’re all against you. You have to have the personality to make the right decision. or a brave decision.

“That’s why I didn’t play at a high level because I didn’t have the right personality or the right skills. At this level, these players have to do it twice a week. I have a lot of respect for these players.

Despite Friday’s late swing, Corberan’s side have now gone SEVENTEEN games unbeaten in the Championship – the best such run in the country – and he won the SkyBet Manager of the Month award for February.

We are far from a difficult first season at the helm. After working as Marcelo Bielsa’s assistant at Leeds for two seasons, he took over a side that had just escaped relegation – but a run of just one win in their last 25 games last season could easily have seen it sacked.

But the Yorkshire side are now reaping the benefits of their manager, who has slowly but surely built a team that loves to play attractive attacking football.

He said: “Our work is very results driven, but I always try to focus on the things I can control. My control is to prepare the team and to prepare it in the best possible way and to create and execute the style that we want to play.

“I respect the support of the club a lot because they have supported me in complicated times. I want to give back and reward their support.

IT’S NOT HUDD TO SAY IT, STEVE!

STEVE BRUCE asked if I was from Huddersfield after suggesting the penalty won by West Brom at The Hawthorns was the referee’s wrong call on Friday.

Yes, those Yorkshire accents I developed from my upbringing in Kent really gave me away there!

Each ticket will be priced at £10 regardless of concession and the team will wear the Ukrainian national colors of yellow and blue and the kit will also be auctioned off to raise additional funds.