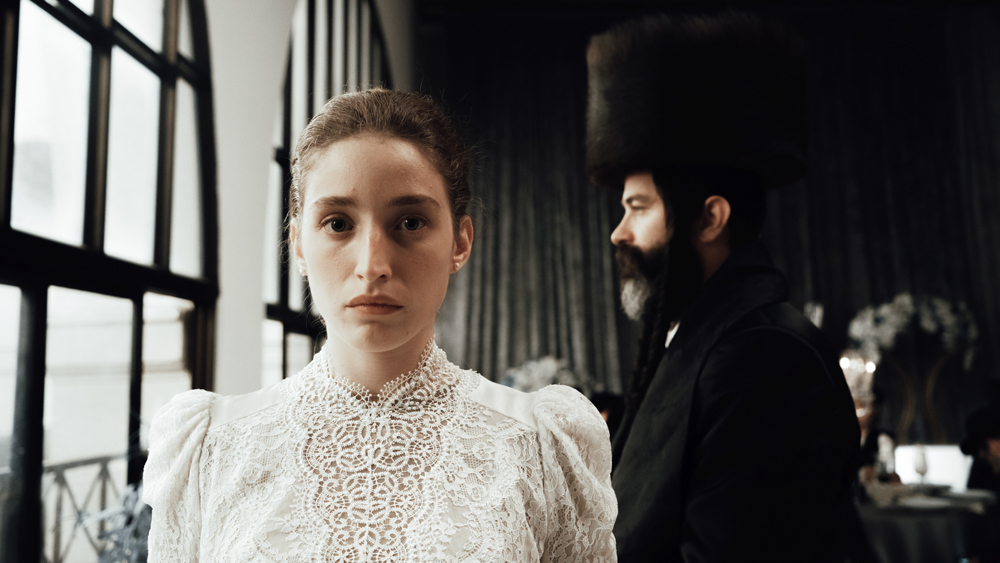 Director Rama Burshtein-Shai talks about the passion, moving from film to television

Israeli director Rama Burshtein-Shai focuses on an unlikely attraction in her eight-episode series “Fire Dance,” which debuts at the Series Mania TV festival in Lille, France. Faigie (Mia Ivryn) is only 18 when she begins to take a closer interest in Nathan, a married 30-something, son of the leader of their ultra-Orthodox community. Produced by Yes TV, Firma Productions and Kuma Studios, Yes Studios handles international sales.

“I don’t think it’s an impossible love story. It’s a story about how you deal with passion,” says Burshtein-Shai Variety. “You can get burned or you can shut it all down, so what are you going to do?”

Arguing that she’s “all about hope” in her work, Burshtein-Shai doesn’t shy away from despair in “Fire Dance,” opening with Faigie’s suicide attempt. When Nathan helps her, it marks the beginning of their bond.

“Everything changes in that moment. She allows herself to rely on him, which is a big step. She starts to change,” says the helmsman. Noting that while her characters may differ in age and life experiences, they influence each other in the same way.

“Fire Dance” is the first series from the New York-born filmmaker, who is also behind feature films such as “Fill the Void” and “The Wedding Plan.”

“I moved from film to TV because I wanted to deal more with side stories. I need that kind of space now and once you get a taste of it doing a series it’s hard to go back,” she said.

Several recent shows have attempted to explore the reality of Haredi communities, but “Fire Dance” is a different proposition, insists Burshtein-Shai. Mainly because she’s still a part of it.

“I am religious. If you’re talking about something like [Netflix’s] “Unorthodox”, the woman [Deborah Feldman] who wrote this story left the community. But there aren’t many people talking about it from the inside,” she notes.

“I wasn’t even born into it. I joined when I was 27 and it was a very conscious choice. I like these people, but you always have things to say, even about the things you like.

“Unorthodox” star Shira Haas is also participating in Series Mania this year as a juror for the international competition.

While Burshtein-Shai will tackle several issues in the series, being critical was never her intention, as she instead opted for complex depictions.

“I don’t think you should look at something and say, ‘That’s wrong.’ It’s more interesting when you recognize yourself in these characters. They’re not bad, they’re complicated.

She wanted Nathan, played by Levi Yehuda, to feel like a “rock star,” she says.

“He had to be charismatic in a manly way. Levi, a really big star here in Israel, is so talented. He’s able to be many things at once. He’s attractive, he wants power and he fights it, he likes women and stays away from them. Faigie is the same way. That’s how I like my characters – I want them to have everything, because we have everything too. That’s us, or maybe it’s just me.

Admitting that the series will answer any questions its viewers might have at the end, Burshtein-Shai decided to take his time, slowly unraveling the story.

“You’re addicted, because you don’t know [what is happening]. I love shows like that. I mostly think of the audience – much more than I think of myself. But I want them to understand things. What is Nathan doing here? Is he interested in her, is he in love with her? Does he play with her or help her? For Faigie, being provoked is actually a good thing – she’s half dead. It’s therapeutic,” she says.

“My producer told me, ‘The whole world sells satisfaction and you sell passion.’ The rules of my world allow this story to exist, because you’re passionate about something you don’t have. If you had to choose one, which would you choose? I would always choose passion. Even when I don’t know what to do with it.