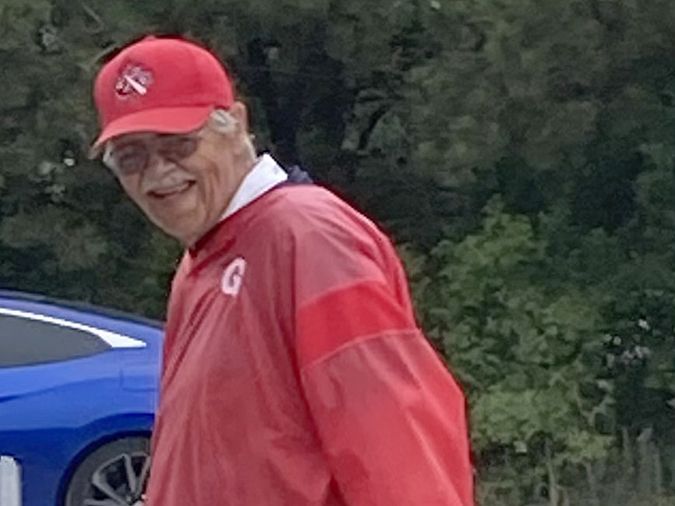 For “Junior,” it was to be his first game practice on a Kingston ballpark in more than 40 years. It’s been quite a break between games on a familiar playing field for hometown boy Bob Elliott, who has long outgrown the nickname he earned in his youth as the namesake son of a hero. local sportsman. (“Niblet,” too, is all but forgotten, though Elliott has been known to respond to “Knobber” when in the company of guys who played for him at the time.)

Alas, Elliott was absent when his club Mississauga Majors U16 tamed two Kingston Jr. Ponies teams in recent exhibition games at Megaffin Park. Elliott, the Majors pitching coach, had an excuse suited to his age and stage of life: grandparent duty. Grampa Bob stayed in Toronto to pick up Xavier, his 12-year-old grandson, who was flying solo from the Maritimes.

“I was so looking forward to seeing the games in Kingston,” the absent coach said wistfully a few days later.

What a shame, really, because an Elliott in uniform standing on the lip of a dugout on the city’s main hardball field is like seeing Ozzie Smith at shortstop, Roy Rogers on a horse, a fedora on Bogart. The two go together. The nostalgia factor alone would make the reunion interesting.

Three generations of Elliotts have left their mark on Kingston baseball, beginning with Bob’s grandfather, Chaucer, who led the city to the 1911 provincial title. Chaucer’s son, Bob Sr., was a a superb multi-sport athlete who played three varsity sports at Queen’s University and entered three others. As a catcher, the original “Knobber” played 19 senior ball seasons and coached just as long afterwards.

The last game Bob Jr. coached at Megaffin was a 1979 playoff game between his Ottawa-Nepean Canadians and the host ponies. He hasn’t coached a team since moving to Toronto in 1987. But he continues to coach. “I’ll quit when they put me in a box,” Niblet swore.

“It’s like Father always says, ‘You don’t just train a kid for this year, you train him for life,'” Elliott said.

Former player Scott Thorman can attest to that. Same for Josh Anderson. Each played for Elliott on different teams. Both have high praise for a coach who also became a mentor. Today, Thorman, 40, leads the Kansas City Royals Triple-A team in Omaha, Neb., while Montreal Canadiens forward Anderson, 28, has eight seasons in the National Hockey League. to his credit.

“I remember sitting next to Bob on those buckets of balls and talking about baseball,” recalls Anderson, a member of the 2009 Canadian Championship bantam team from Elliott of Georgetown.

“During the winter, he asked me if I would like to go to a game of the Ontario Hockey League, the league I hoped to play in one day,” recalls Anderson. “Bob picked me up from my house and took me to watch Niagara Falls play the Ottawa 67’s. He was there for me every step of the way. »

Thorman said, “Bob has been at the center of almost every influential decision I’ve had in baseball. It put me on the map with people who helped shape my career. Thorman, a former first-round Atlanta Braves draft pick, has guided three Kansas City farm teams to pennants over the past five years.

There were social benefits to being a friend and teammate of Bobby Elliott, the sportswriter’s son. “Bob took Bobby and me to spring training,” Thorman noted over the phone from Omaha. “We were also with him in St. Louis when Mark McGwire tied the single-season home run record.”

Elliott was just a puppy when he started cutting his teeth in journalism at the Whig-Standard. He compiled boxscores and wrote short acting reports as a trainee, the start of an inky career that would take him all the way to Cooperstown – and several halls of fame.

Coaching is a long tradition in the Elliott family, one he still enthusiastically pursues at 72 years old. He inherited his love of baseball — but not physical talent — from his father, who led Kingston’s nine to the 1967 OBA title, the city’s first provincial pennant in 32 summers. Some place this club at the top of the list of all-time local teams. Unfortunately, Bob Elliott Sr. suffered a stroke on the field in a 1968 senior playoff game at Toronto’s Leaside Park. He never fully recovered and died less than two years later, aged 60.

Bob Jr. began his own coaching career with a Kingscourt Baseball Association bantam team in 1970. He has been a volunteer coach ever since, except for a few years in the late 80s when work and family life became too busy. Even while living the hectic life of a Major League Baseball beat writer, he escaped through – what else? — coaching the sport he loves. “There were years when I was only a coach 50% of the time,” he said, then joked: “I couldn’t miss work, otherwise I wouldn’t have had a house where live.”

Baseball means something to Elliott and indeed to all hardcore fans. The attraction is inexplicable and confusing to non-believers – my long-suffering wife, for example, who, bless her heart, can’t understand how her teenage son can rhyme with the career statistics of baseball players who have since died. a long time and yet forget to hang a wet towel. Baseball is to Elliott what nature is to Attenborough, a checkered flag to an Andretti – something interesting and appealing.

Elliott joined the Whig’s athletic department when he was 17. He eventually left his hometown to work for newspapers in Ottawa and Toronto, covering first the fortunes of the Expos, then the Blue Jays.

His coverage of baseball has earned him many accolades, such as the Jack Graney Award from the Canadian Baseball Hall of Fame. In 2012, he became the first Canadian recipient of the JG Taylor Spink Award from the National Baseball Hall of Fame. Bob is the founder of the Canadian Baseball Network website (www.canadianbaseballnetwork.com), the unofficial baseball bible for players north of 49th. And for birddogs everywhere.

Like Hall of Fame managers Sparky Anderson and Tommy Lasorda, Elliott also gave up the game to focus on coaching. Sparky and Tommy had the proverbial “cup of coffee” in the major leagues before the transition. Bob had his “cup of coffee” in peewee before reality hit with all the subtlety of a chin-high brushing pitch.

“My playing career peaked when pitchers started throwing curveballs at me,” Elliott recalled with a laugh.

He was 14 when he landed his first administrative role in the game – official scoring for the 1963 senior team. “I had to phone CKWS and CKLC after the game and bring the boxscore to the Whig-Standard.”

Two years later he moved on to his first ‘front office’ job, although the ‘general manager’ of his father’s senior club was actually a one-man department, Elliott wearing the hat of team statistician, equipment manager, PR flak, traveling secretary. , etc., all for $100 per season. Which was good because it wasn’t so much work as it was a learning opportunity. He gleaned snippets of baseball strategy from watching his father manage in tight ball games. He learned the game outside the “white lines”. And being part of a top amateur team of friendly, seasoned ball players has been a boon for the youngster. The springboard that launched a famous career as a sportswriter? No arguments there.

When it comes to training, Elliott says some things never change.

“After all these years, I still can’t eat before games,” he said. “I get too nervous, like when I was playing in the Kingscourt league for Jimmy McLaughlin or Don Gilmour.”

Patrick Kennedy is a retired Whig-Standard reporter. He can be contacted at [email protected]