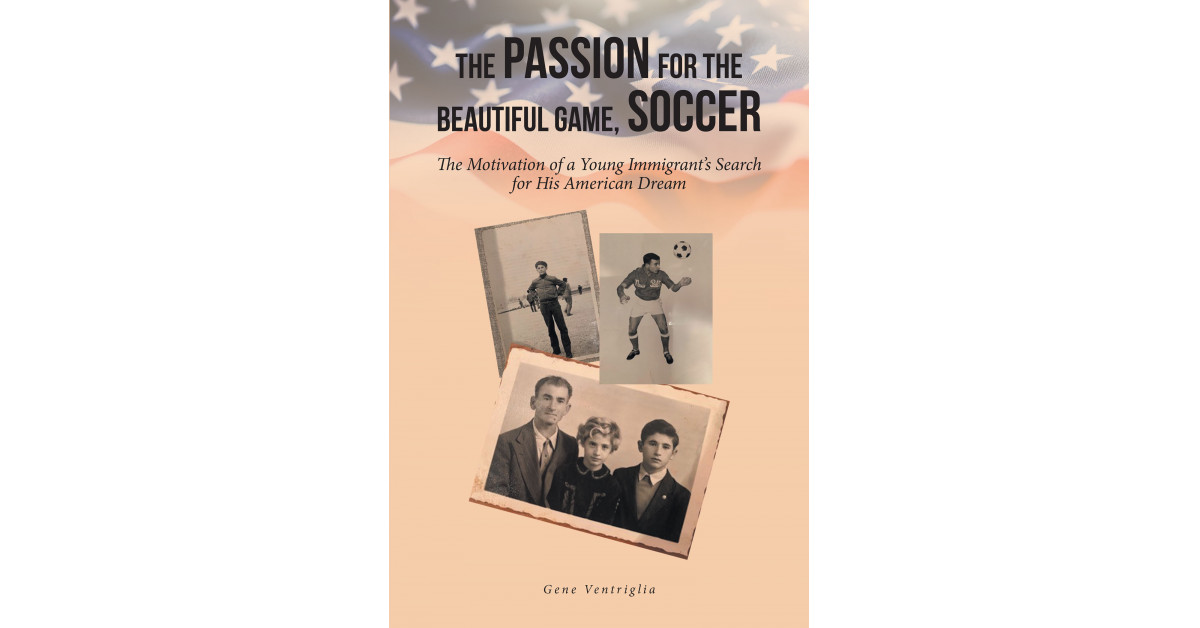 Gene Ventriglia’s new book ‘Passion for the Beautiful Game: Soccer’ is a breathtaking account of an immigrant who was driven by his desire to succeed in a foreign land

MILTON, NY, July 19, 2022 (Newswire.com) –
Fulton Books author Gene Ventriglia, a dedicated high school teacher, acclaimed football player who was inducted into the West Point Athletics Hall of Fame, has completed his latest book “Passion for the Beautiful Game: Soccer”: a lovely tale designed for determined dreamers. Sixty-two years ago, Gene was one of the hopeful Italian teenagers who dreamed of making it in America. Six decades later, he looks back on his journey with pride and a strong sense of accomplishment. He unfolds these stories in this narrative.

Ventriglia shares its own life, “Gene Ventriglia was a very poor fourteen-year-old immigrant when he arrived in New York Harbor in early July 1958. Coming from the small village of Alife (Italy), he had grown up in a farming village of about three hundred inhabitants. The village, along with his parents’ house, had been leveled by bombs in the final days of World War 2. In 1958 the memories were still vivid as post-war reconstruction was far from complete It was around where Gene Ventriglia grew up.

“Gene only knew his small village and was unaware that common objects, such as telephones and televisions, even existed. One can only imagine his reaction to seeing the skyscrapers of New York and the size and number of cars when he first walked the streets of New York.

“He had no idea how his life was going to change in the very near future. How would he react? He wondered if he would make friends. After all, how would he communicate? He didn’t know a word of ‘English.

“Gene soon realized that a good education was the key to success. However, he also realized that it would take a lot of effort and motivation from him. Was he willing to put in the necessary effort? He needed to learn a new language in a community where he only heard Italian.

“His search to find that American dream spanned more than sixty years. During that time, Gene faced one challenge after another in his search for that dream. In each instance, Gene used his passion for the game of football to fuel his inner motivation and determination not to give up every time he hit a dead end.

“Gene’s journey to find this dream was full of surprises. In all cases, he was very determined and he showed exceptional motivation to achieve his goal.”

Published by Fulton Books, Gene Ventriglia’s book is a heartfelt article filled with stories of hope, determination and resilience. The author aims to inspire everyone not to give up on their dreams. He believes that hard work will eventually pay off.

Recommended for dreamers and football lovers.

Readers who wish to discover this endearing work can purchase “Passion for the Beautiful Game: Soccer” in bookstores worldwide or online at Apple’s iTunes Store, Amazon, Google Play or Barnes & Noble.

Please direct all media inquiries to Author Support by email at [email protected] or by phone at 877-210-0816.