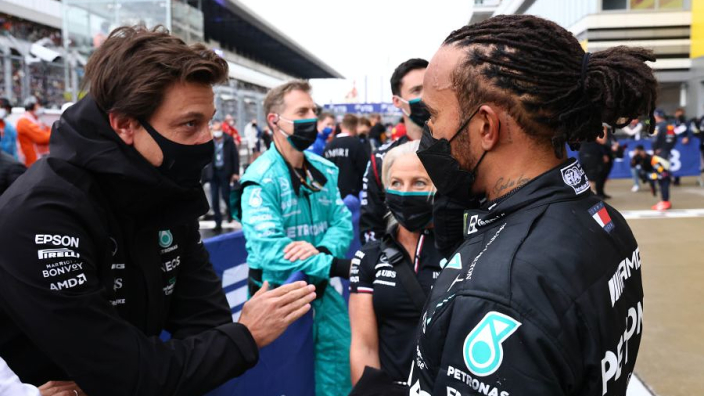 Toto Wolff has revealed Lewis Hamilton’s “passion” for bringing Mercedes back to the top of the grid after a miserable start to the F1 season.

Hamilton struggled following the introduction of the sport’s new aero era, failing twice in the final qualifying segment, including in Saudi Arabia where he exited in Q1.

Although the seven-time champion also struggled in the race, including finishing a dismal 13th at Imola, Mercedes’ so far perfect reliability record has kept the team at the top of the standings.

Speaking after his final early qualifying start ahead of the Emilia-Romagna Grand Prix, Hamilton explained: “It will be a painful year that we will have to go through together.”

Offering a similar assessment to his driver, team principal Wolff added: “We all, being involved in this, have good times and bad times. We have optimism and pessimism.”

“But as it stands, we had a discussion and it was really to say to each other, ‘What are the avenues in which we must engage immediately?’.

“So I don’t see any difference in that determination and passion to sort this out and get us back in the game to fight for races and win championships.”

Mercedes currently sit third in the constructors’ standings, with Hamilton and team-mate George Russell each claiming a podium finish in the first four races.