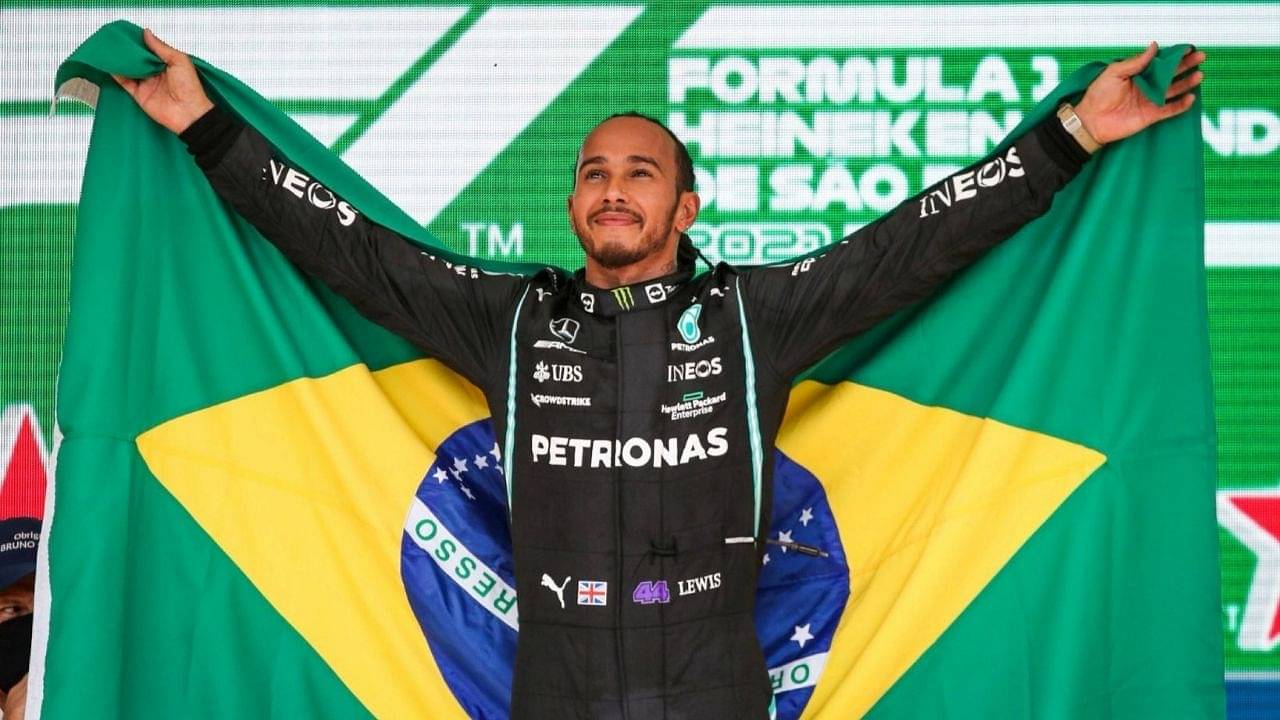 Lewis Hamilton got massive support from the Brazilian crowd in the stands; Pietro Fittipaldi explains why his compatriots love him.

And soon he draped himself in the flag, the crowd chanting his name. It looked like Hamilton was running home, a local boy being celebrated.

Hamilton himself admitted it was the biggest support he had received since Silverstone before praising his team on an exceptional performance.

GOAT! YOU ARE THE BEST! BRAZIL LOVES YOU @Lewis Hamilton pic.twitter.com/jp3vSfXnxT

But it’s hard to pinpoint a reason the Brazilians overwhelmingly support Hamilton. Haas reserve driver Pietro Fittipaldi, who is Brazilian, explains why his compatriots love the Briton.

“I think Lewis is very open about how he enjoys the Brazilians’ passion for racing,” Fittipaldi said during the post-race show. Additionally, Fittipaldi also explains that Hamilton’s love for Ayron Senna could be another reason.

“He’s definitely a big one for Ayrton Senna. So I think people understand that, ”added Fittipaldi.

Read also : Former world champion believes Lewis Hamilton’s race in Brazil will be the best ever

Support was split between Lewis Hamilton and Max Verstappen

Additionally, Fittipaldi claimed that the Brazilian crowd was divided between the two title protagonists, although Hamilton got to see the crowd’s love.

The 25-year-old claimed that when Max Verstappen passed Hamilton some part of the fans screamed and vice versa. So, he thinks, the crowd was well divided.

According to him, for his compatriots, the return of Formula 1 has been the most exciting thing there is. “It’s been two years, the stands were packed, and there was all this adrenaline. Title at stake, I think everyone loves it, ”concluded Fittipaldi.

With this victory, Verstappen is only 14 points ahead of Hamilton before the last three races. The title is again separated by a marginal difference.