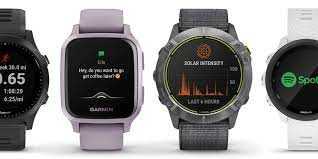 If running is your passion, check out these two new Polar GPS watches

Although Polar has been experimenting with several types of wearables over the past six or so years, the recently launched Pacer and Pacer Pro are unlikely to significantly raise their maker’s profile in this burgeoning enterprise. That’s because these two smartwatches aren’t exactly “full-fledged,” and they’re certainly not “serious” competitors to the Apple Watch Series 7 and Samsung Galaxy Watch 4. That’s not meant to be a review; rather, it’s a simple observation based on Polar’s desire to appeal to “contemporary” runners with basic demands.

GPS accuracy and “advanced” optical heart rate tracking are probably the two biggest selling points here, along with exceptional battery life of up to seven days between charges and a bright color display promising a flawless visual experience in all lighting conditions. Of course, the Pacer and Pacer Pro will not only monitor the distance and duration of your running sessions, but also your pace and a few other things that can help you improve as an athlete (amateur or professional).

Unfortunately, the Polar Pacer and Pacer Pro may not be as affordable as many of you might expect, reaching $199.95 and $299.95 respectively in the US, which makes them quite difficult recommendable over some of Garmin’s much smarter GPS watches in this same price range, for example. With no touchscreen, app store access, music playback capabilities, or many of the other “lifestyle” features you would normally expect from a tech company like Apple, Samsung, Garmin or Fitbit to put on your wrist, the Pacer duo are almost entirely focused on monitoring your runs without offering potential distractions.

Speaking of which, you probably won’t be surprised to learn that the Pacer Pro targets “serious runners” with a built-in barometer and super-advanced VO2 Max monitoring added to the already solid list of “no frills” features offered by the regular version. of Polar’s latest GPS running watch, which also includes sleep tracking, general 24/7 activity tracking, basic smartphone notifications, music controls and access to a set of world’s most popular racing apps. Stellar durability and great color diversity

Unsurprisingly, designed to withstand long immersion in water in addition to splashes and sweat to meet the daily challenges of your active lifestyle, the Pacer and Pacer Pro also come with a screen protector State-of-the-art Gorilla Glass 3.0 and ‘aerospace aluminum construction’ for class-leading long-term durability, plus a ‘hyperfast’ processor promising dramatically improved overall performance over previous Polar wearables. It’s probably not fair to draw a similar comparison to something like the $350 Garmin Instinct 2, but for what it’s worth, this beast of absolute battery life is significantly bulkier than the Polar Pacer Pro at $300.

Curiously, the designs of the two new devices aren’t drastically different either, although the Pacer Pro is slightly heavier than its non-Pro sibling (at 41 versus 40 grams), with quick-release bars for strap changes too. present only on the Pro model, which actually makes the “standard” variant easier to customize with all third-party 20mm bands on the market today. Polar also paid attention to fashion, releasing the Pacer in four colors (including a decidedly eye-catching Purple Dusk hue) and the Pacer Pro in a grand total of five flavors ranging from Carbon Gray and Midnight Blue to Autumn Brown, Aurora Green, and Snow White.

2022-04-15
Previous Post: ‘So much strength and passion’: How an Englewood nonprofit is getting funds to strengthen neighborhood programs
Next Post: Good Friday: Bishop Perez will preside over the celebration of the Lord’s Passion at the Cathedral Basilica of Saints Peter and Paul