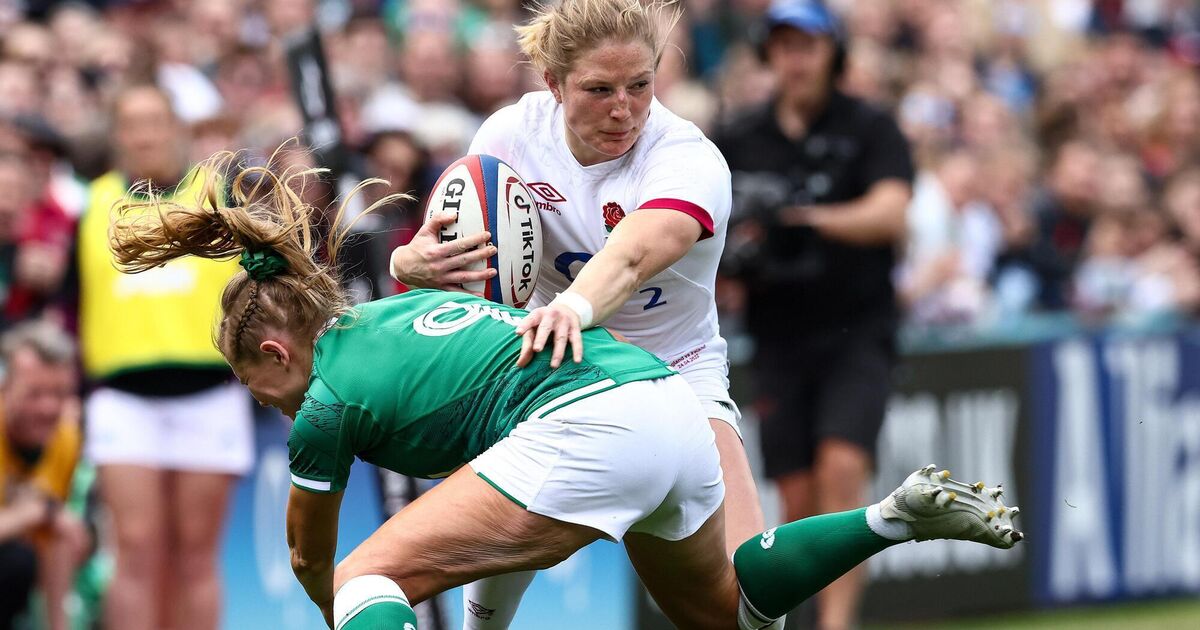 Is this the right way to do things? Passion and courage will only get Ireland so far.

The ‘zero’ will hurt and although that might seem like a strange thing to say given the margin of victory, I thought it was a very good defensive display from Ireland.

It was pretty much what I expected of them.

They showed tremendous courage and determination, were aggressive in the rucks and it was good to see a bit of wits in the scrums too, winning an early free kick and penalty, which annoyed England.

But passion and courage will only get us so far.

It will take a long time to square the circle between Sevens and 15s and club play. These are all huge pillars that need to be rebuilt if we are ever to compete with England, France and New Zealand again.

It’s the structure, the game management and the settings that will help us a lot more, it’s the foundations that we have to build, and they take longer to repair.

The lineout free kick was tough for both teams yesterday.

You don’t see knockdowns from Lark Davies too often and Ireland would have benefited from a simpler and quicker approach in the line-up.

It was difficult for Neve Jones to execute the throws when there was so much movement when a lot of things could go wrong.

There was a very good physical intention from Ireland. Neve had the bit between his teeth, with Edel McMahon also showing great intensity and Nichola Fryday carrying ball after ball and winning the ball with the front foot for Ireland.

Usually England can bully Ireland, but the Irish players had their hands up and ready to work hard. I would have liked to see Dorothy Wall wear more, but we struggled with this win line battle forward.

Molly Scuffil McCabe was very good in her debut. Considering the loss of our backfielders, that was a huge ask. She got caught once or twice but it wasn’t her fault. There is definitely potential in this girl and with more playing time and experience she can thrive.

Going into the second half, I knew it would be difficult. Holding England 10-0 was great but you knew the quality they had to bring.

Cokayne, Reed, Cleall are players who have been to World Cups and played many times for club and country. They have been through the Under-20s and played with their clubs for years.

Compare that to Ireland, which has players who substitute when other players are out with Sevens. Does the system support them? Is this the right way to do things? Obviously not.

Still, Ireland can be happy with this first half, holding England to account in the first half, all coming from defensive pressure. You don’t often see us getting under players to delay tryouts and frustrate games like that, that’s huge.

The cards hurt us again.

It’s not that Ireland are a bad team or bad tactically. That’s the pace of the game and players who aren’t used to that level of scrutiny get caught because you have to be perfectly clean. English girls and those who play in the English Premiership are used to more conditioning for periods in this type of physical winning line battles.

It takes some getting used to and it can also be helped by referees arriving at camp.

We have seen the poor discipline of many teams in this Six Nations Championship and it has been well reported that some of the refereeing is also suspect. Maybe it’s a hangover from the Covid gap when everyone took a break from playing and officiating.

I don’t think England will be happy with their performance in the Six Nations. Their first half performances against Wales and Ireland in particular.

It was scrappy on their part at times, losing lineups they would never ordinarily lose, spitting possession through ruck penalties and strikes.

Ireland should be optimistic against Scotland, even allowing absences for Sene’s red card and Eimear Considine’s injury.

You hope the roster will be better next week and they will gain confidence that if they can put more things together on offense they can thrive.

There is hope in defense and ambition in attack too.

2022-04-25
Previous Post: FFA students are driven by a passion for agriculture
Next Post: The Westborough singer shares his passion for music at Marlborough High