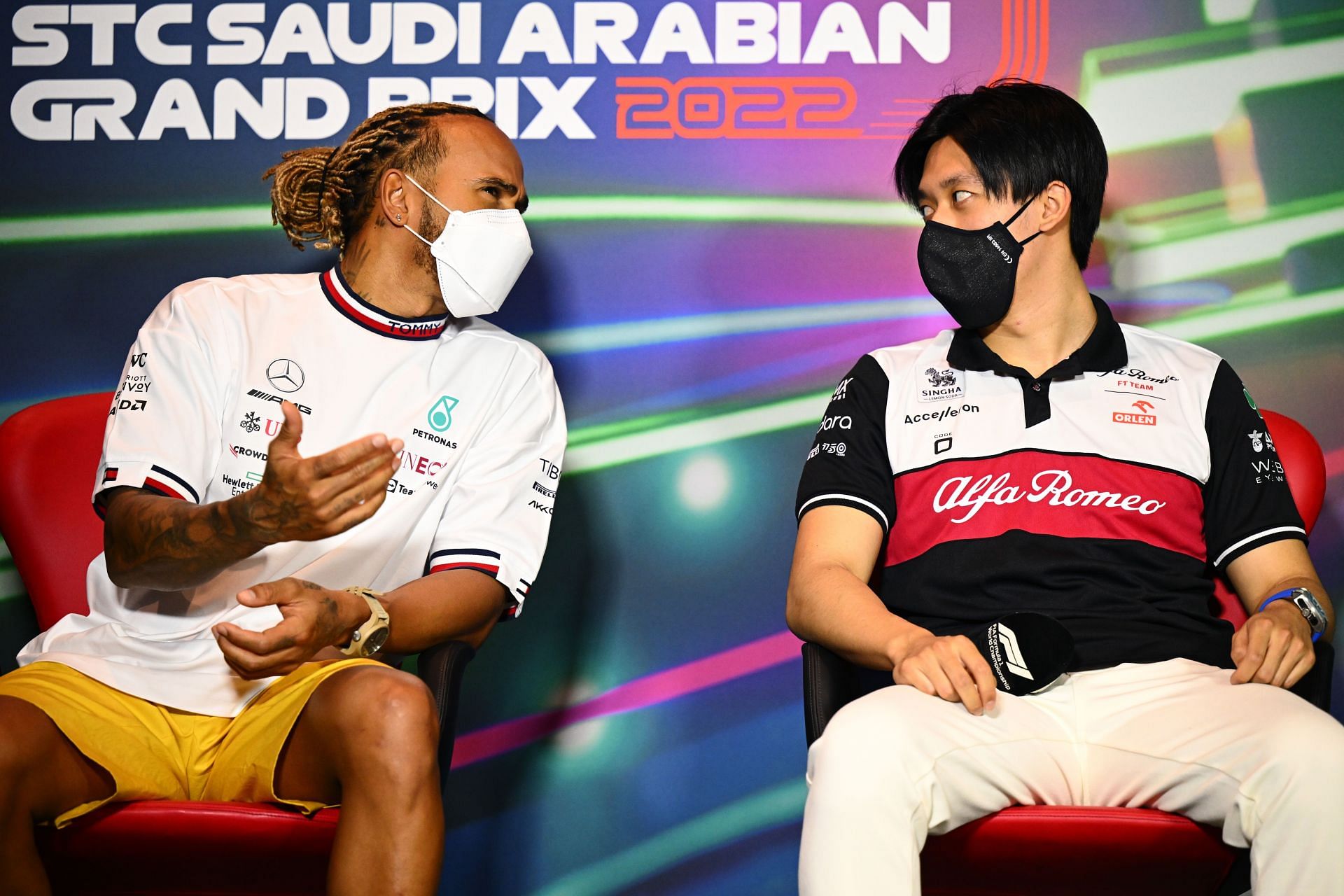 Lewis Hamilton’s love of fashion is admired by Zhou Guanyu, who says the Briton was the first to bring personalized fashion to the paddock. Hamilton is known for arriving at the paddock in style, turning heads with his own unique sense of dress.

The rivalry between GuanYu Zhou and Lewis Hamilton will be fierce this season. This perfect sheesh for Prada

The rivalry between GuanYu Zhou and Lewis Hamilton will be fierce this season. This perfect sheesh for Prada https://t.co/UNSsP6cYSd

Guanyu and Hamilton have more in common than just the ability to launch a car down a track at 300 km/h. Both drivers are self-proclaimed fashionistas and are often the best-dressed drivers on the grid. According to Guanyu, Lewis Hamilton has paved the way for drivers to express themselves at race weekends – a culture that didn’t exist 20 years ago in the sport. The Chinese rookie is more than impressed with the actions of the seven-time world champion, both on and off the track. He says Hamilton’s style has helped him express himself better in the F1 paddock.

In an exclusive interview with Crash, Guanyu Zhou spoke about Lewis Hamilton’s love of fashion, saying:

“It’s been great the last few years to see Lewis showing a different style in the paddock. This year I tried to show the clothes I usually like to wear in the paddock. In the past there maybe 20 years racing drivers were just racing We still have our nice personal stuff to do and show that on Thursdays I think it’s great Obviously he was the first to open up that way and it wasn’t easy. I remember perfectly the first time he did that. A lot of people were like ‘why is he wearing that?’ and I was one of those who loved her fashion sense.”

Lewis Hamilton has no intention of ending his partnership with Mercedes

Hamilton’s association with Mercedes goes back a long way, with the Briton having won six world championships with the German team. He recently expressed his desire to stay with the team until the very end and has no intention of leaving the Brackley-based team.

Hamilton recently spoke about his future at Mercedes and winning another title, among other things, in a recent Formula 1 interview. He said:

“My goal has always been to be with Mercedes. I like that we have the long partnership that we have. I feel like we’re getting into a lot of really positive things, not just in sport, but in outside. I think there’s a lot of work, a lot to do together, so I want to be part of it.”

“I think I will always be with Mercedes until the day I die. I feel like I can race a bit longer, so I will potentially lean towards that.

Although he failed to turn heads in 2022, Lewis Hamilton is still capable of extracting maximum performance from the car he drives. The seven-time world champion will do his best to win his eighth title in 2023 if the team can provide him with a car capable of competing at the front.

What’s your favorite race of the 2022 season so far? Tell us in the comments below..