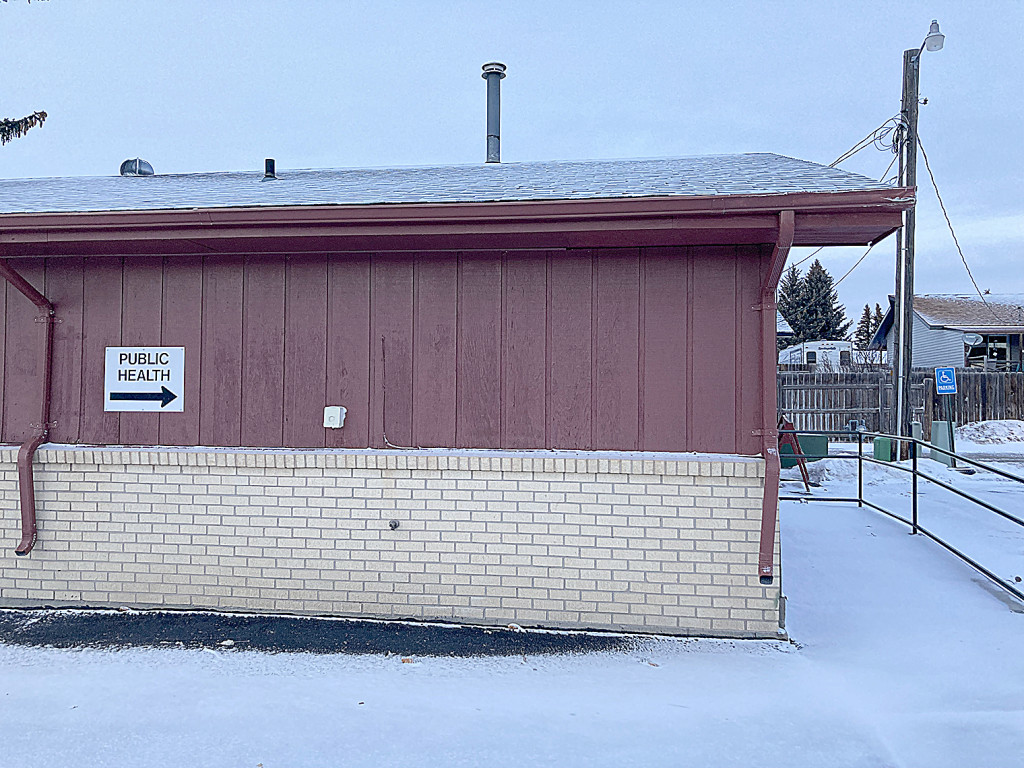 LUSQUE – Ask anyone in nursing if they knew what they were getting into when they went to nursing school and they will unequivocally answer absolutely no. But then ask them if they would give up and you’ll get a resounding “no” as well. Michelle Kremers, BSN, RN is no different.

Kremers, a local in Lusk via St. Ignatius, Montana has worked as a nurse for most of the past 25 years and although her career has not followed a straight course, her passion for nursing and the role she plays in small town health care have never wavered.

Kremers moved to Lance Creek in 1999 when his mother and father, Monty and Barb Finley, purchased a ranch just north of Lance Creek. After his first plan to take an accounting program failed due to logistics, Kremers saw a newspaper article about the CNA course at the local hospital in Lusk. She decided to give it a go. This choice changed who she was to become. Another major event happened in his life around the same time. She met her future husband, Cody Kremers, whose family owned the neighboring ranch and who was often there to help Monty with the ranch work.

After working as a CNA at Lusk Hospital, she decided she wanted to pursue her career in healthcare and moved to Casper to take the Nursing program at Casper College. In 1998 she and Cody married and in the spring of 1999 she got her DNA and passed her nursing advice in July 1999. As a newly graduated nurse she returned to Lusk and got a job with Wyoming Prison Health Services. Women’s Center.

As her career progressed with PHS, Michelle’s family grew when she and Cody welcomed two biological sons, Caleb and Casey to the family in 2000 and 2001 respectively. Then, in 2005, Michelle left PHS to work at the Douglas Memorial Hospital. She broadened her nursing experience to include medical medicine and emergency room work. After two years of commuting, Michelle was ready to work at Lusk and returned to Lusk Hospital, then known as Niobrara Health and Life Center. After two years as an Emergency Nurse, Kremers accepted a position with Corizon Health as Director of Nursing at WWC.

2014 brought many changes to the Kremers family. They suffered the loss of their family home and all of their belongings in a house fire that resulted in a move to a ranch north of Lance Creek, near his mother and father. This is also the year she decides to leave Corizon and teach their two sons at home. Coincidentally, their third son, who would join the family by adoption, was born in 2014, although he did not officially join them until 18 months later.

Even though Kremers had left full-time nursing she still felt called to the profession and in 2017 she returned part-time and eventually accepted a full-time emergency nurse position at the community hospital. de Niobrara in 2018. By this time, the Kremers family had grown. once again to include three more sons via international adoption, bringing their family total to six children (all boys), three dogs, numerous horses, pigs, chickens and a herd of cattle. As their family dynamics changed, Kremers found that his faith was called to the fore and God came forward in important ways, offering their family more than they could ever have imagined.

When Kremers wasn’t working 12 hours at the local hospital, she argued over children, cattle and pigs (4-H projects). She is also close to her parents who still operate a ranch in Niobrara County and to her sisters who are also all involved in health care as nurses and paramedics.

Through all the changes in his life, family and career, Kremer’s faith in God and his belief in nursing has remained a constant. As she begins to take this next step in a new direction for her nursing experiences, she looks forward to continuing to serve Niobrara County.

As the new public health nurse, effective January 11, Kremers will continue to do what she loves, caring for and serving the patients she knows. One of the parts of nursing that Kremers finds motivating and most rewarding is getting to know your patients and knowing that they are receiving the best possible care.

The statistics don’t lie and in the United States, rural health systems are often understaffed, under-served and underfunded, and that was before resources were depleted by COVID-19. Knowing that she can help with all of this and do it with a skill set that God has blessed her with is what keeps Kremers focused and focused on furthering her development as a nurse.

She looks forward to developing relationships with her patients served by public health and playing a key role in the well-being and health of the population. Public health occupies a unique place in the larger healthcare picture that often bridges the gap between primary care and emergency care, exactly the place that Kremer’s entire career has prepared it for.