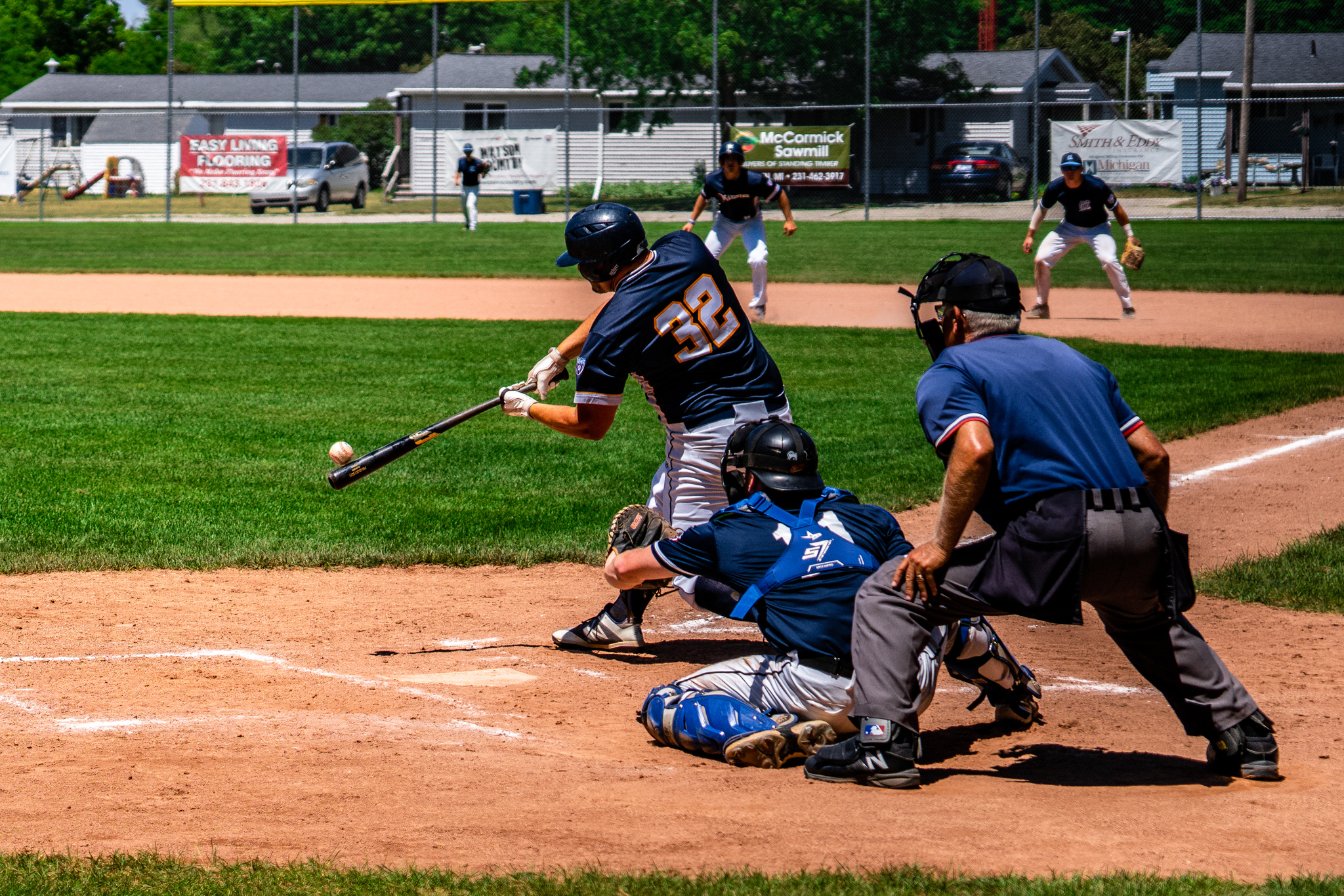 Manistee’s “Iron Man” continues to pursue his passion for baseball.

He’s been called the Iron Man, but it seems Lucas Richardson sees himself as one of the guys playing for the Manistee Saints who really loves baseball.

“I think being in love with the game is what keeps me going,” said Richardson, who is in his tenth year on the team and holds the Saints’ record for consecutive games at 206.

One of the surprising rewards of being a senior member of the team is helping the “youngsters”.

“Now that I’m a veteran, I’m starting to move into a role where we try to help young players develop and grow,” he said. “It’s quite fun to have a mentor role while playing the Game.”

Richardson said his role with the team is similar to that of player-coaches Kyle Gorski and Scott Schmitt and manager Roddy MacNeil. He said they are all friends, but the competitive spirit is alive and well.

“We’re all getting closer to several Saints records, and we all want to be the first to get there,” he said.

Richardson started with the Saints in 2013 as a high school student and remained throughout his playing days at Trine University and beyond. He is currently a Civil Engineer for the Spicer Group in Manistee.

“Lucas is the Saints’ iron man,” Gorski said. “Like the rest of us veterans, he started when he was very young and was very excited about the opportunity. I love having him in the team. “one of the reasons we continue to do well. He loves the game and continues to play at a high level. He’s a good friend and a great guy.

Richardson said it was not easy to stay in shape to be ready for the next season.

“We don’t do much in the fall, but in the winter we start throwing and kicking in the indoor cages and doing normal exercise – running and lifting weights,” he said. . “It definitely gets harder with age.”

Lucas is one of three Richardson ballplayers to successfully pass through Brethren High School. Brother Dylan played baseball at Albion College and then for the Saints. His sister, Halle, recently wrapped up a successful high school sports career and will be playing on the Lansing Community College softball team next spring.

“I believe my siblings – all three of us – have had our own successes,” he said. “We all love the sports we play and we’re very competitive people. It’s funny that we’re all the same in that regard.

Last year was perhaps the Saints’ best year, going 25-8 and a trip to the National Amateur Baseball Federation World Series championship. Richardson said he thought it was the culmination of years of hard work.

“Honestly, it seems like in the last five or six years, one after the other, we’ve continued to improve and have been more successful,” he said. “Right now we’re tied for first place and on track for another successful season, and that’s kind of fun.”

Does Richardson think the team could make a repeat appearance in the World Series Championship?

“Yes, I do, actually,” he said. “Most of the teams in our league are pretty close to the same caliber as the ones we’ll face in the NABF tournament we’ll be hosting, and we played very well against them.”

Currently, the Saints are on a mid-season break until July 6. The last game of the regular season will be July 24. The Saints are 11-5.

Richardson said he thinks hosting the tournament will give the Saints a small edge, and he’s also happy to show the home field to more teams.

Richardson said everyone on the team appreciates the support the Saints receive from the community.

“We thrive on community support,” he said. “We had a children’s clinic with 20 attendees and all of them stayed for the games, so that weekend there must have been almost a hundred people in the stands and that was pretty awesome.

“It would be cool if more people came for our last weekends at home and then for the tournament. We have a very good group of young ball players who are quite fun to watch.

2022-06-30
Previous Post: Aminah Vega after passion, hopes to continue succeeding at Duke
Next Post: Greg Hamilton’s passion for the quirky