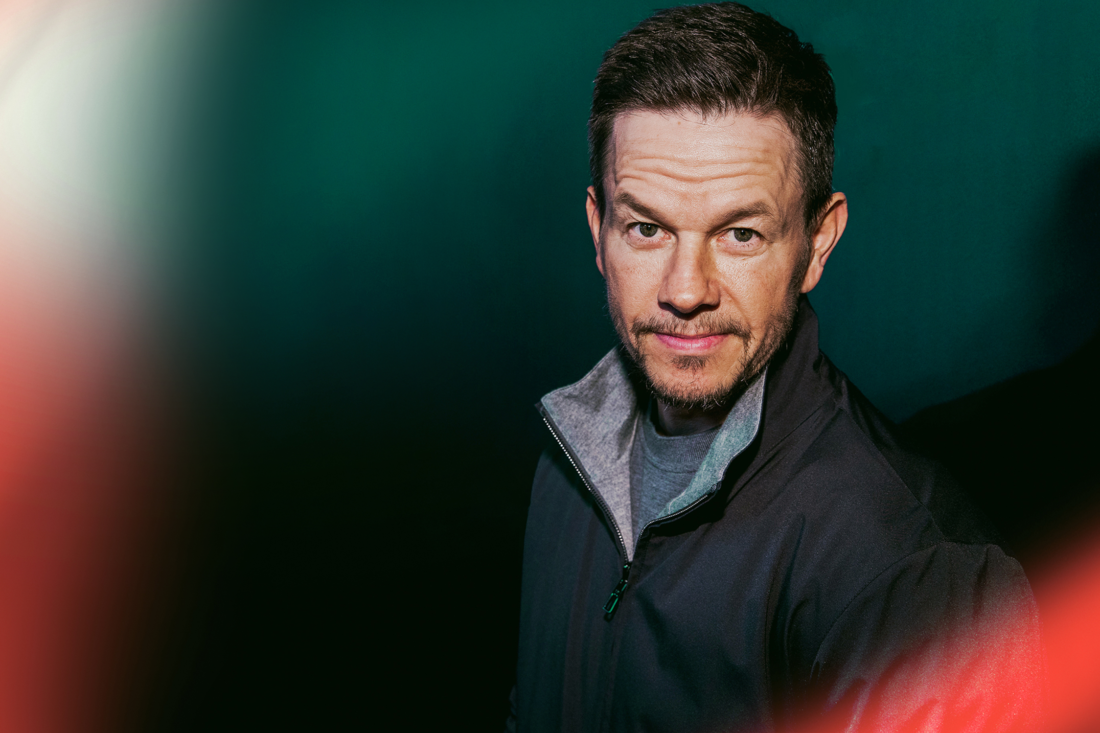 A few years ago, Mark Wahlberg was having dinner with two Catholic priests in Beverly Hills when one of them asked if he had ever heard the story of Father Stu.

“The other priest didn’t want to hear it,” Wahlberg says. “He was just trying to order his piece of fish and had a long day. It was Saturday, so they had a lot of confessions and stuff. End of the day, it’s time for him to relax.

“But the other priest,” Wahlberg recalls, “was quite persistent.”

Wahlberg was dismissive at first, but the more he heard, the more intrigued he was. “I said, ‘Do it again’.”

That day began what Wahlberg calls his “sacred quest,” his passion project “to bring Father Stu’s story to the masses.” And not just because it’s a great story — even if it is — but because Wahlberg thinks the story is important to tell. “We remind people that no one is beyond recovery and you don’t want to let people down,” he says. “You want to give people hope to know that it’s never too late to change and grow. They are loved and they are supported.

In real life, Father Stu was Father Stuart Long, a Seattle native who became a heavyweight contender in Montana. A jaw injury put his way to ice boxing glory, but Long was an agile dreamer. He moved to Los Angeles to pursue an acting career, but ended up making ends meet on staff at a museum when the gigs dried up. It was during his time at the museum that a serious motorcycle accident motivated him to take God seriously. He converted to Catholicism – partly to impress his Catholic girlfriend – and then was eventually ordained a priest.

His life had a few more twists that we won’t spoil here, but suffice it to say that it’s not hard to see why Wahlberg thought there was a movie here. “[Father Stu] was such a colorful character,” laughs Wahlberg. “I mean, all the things it took for him to find his calling and then when he did, how committed he was. Just knowing that certainly gave me a lot of challenges to do better, to be better.

Wahlberg produces and stars as Father Stu, a role he admits he liked for the sheer challenge (“Where do you find a better role to show more range?”), but it’s more than that. He’s trying to be a better person now. It may relate to Father Stu’s struggle for forgiveness and redemption. “It was just a great opportunity for me to start doing more of God’s work,” he says. “I really couldn’t find any reason not to do the movie, even though I knew it would be an uphill battle to do it.”

The fight is real

Father Stu’s story is inspiring and gripping, but Wahlberg has been in Hollywood too long to assume that’s enough to turn a movie green.

“You’re trying to pitch a movie about a guy who was a fighter. His parents had lost a younger child, did not know how to cope. He left for Los Angeles to become an actor. Falls in love with a girl, just trying to manipulate her into a relationship. She manipulates him into getting baptized. He gets hit by a car not once, but twice. Then he sees Mother Mary, then he decides he wants to become a priest,” he says. “Hard and tough pitch.”

Franchises are the winning hand in showbiz right now and needless to say there won’t be Father Stu 2: Papal Vengeance. Wahlberg says there was a lot of skepticism about his early interest in a film that “isn’t like a superhero movie where you could build a franchise and then a box office here and a lot of potential for spinoffs and all that”.

But instead, he struck a chord, believing this movie could find an audience beyond the blockbuster crowd. “I think it’s one of those things where it’s not an easy sell when you throw it in the room,” he admits. “But once people see the trailer, they’re like, ‘Oh my God, I’ve never seen anything like this before!’ And it will pique their interest and then people will want to see it.

Some cuts had to be made – you can’t squeeze an entire life into a single movie, and the nature of filmmaking means taking some creative liberties. Wahlberg says he hopes audiences familiar with Father Stu’s story will give him “the benefit of the doubt.”

“Stu managed [his troubles] with so much grace and dignity,” he says. “He felt like it brought him closer to God and inspired him to do more. These are all things that I knew would be there, we just needed to get it right.

Wahlberg’s idea is that Father Stu’s story is so incredible that it actually goes full circle to become universal. It’s the kind of story that finds its appeal in its depth. “I really felt like it was the kind of movie that would touch anyone,” he says.

“Especially people who deal with the unknown, with all the whys in the world,” he continues. “Mortality, the inevitable. How do people deal with these things? And to see how Stu handled that, I think people find that very inspiring. We couldn’t predict that we would be in a pandemic and people would be dealing with all of this. It’s just kind of where we ended up, when we got to get the movie shot, which made it all the more important.

Wahlberg is aware that this story does not fit the usual Hollywood mold. Without going into great detail, this movie doesn’t exactly conform to the sorts of sentimental scriptwriting tools that tend to guarantee surefire success. Wahlberg says the key for them was to lean into those tensions instead of trying to artificially resolve them.

“I just tried to tell the story in the most truthful way,” he says, and a few early opportunities to show the film confirmed that was the right decision. “It still left people very emotional at the end of the movie, which was fantastic. They felt inspired, they felt a little bit more hopeful and they also felt challenged to do a bit more and to be a little better.

“Stu had this remarkable way of speaking someone’s language, but also challenging them,” he says. “He does it now in a very interesting way to challenge me to do more and do better.”

Wahlberg lights up considerably about the personal inspiration he took from Father Stu, his general thrill replaced by urgent excitement. It relates to the priest and, it seems, if Father Stu could find redemption, so could he. “Oh my God, there are so many things!” he almost screams, ticking off the similarities between himself and the man he plays. “I mean, there’s just the hard upbringing, the kind of continuous search to find your calling, your voice. Find meaning and purpose and give yourself a reason to want to do better and be better. I found so many similarities.

Wahlberg is sensitive to the moment Father Stu is released in. This is not just our pre-post-pandemic reality. People are frustrated and worried. Wars abroad and bitter culture battles in the United States create an environment rife with division and suspicion. Wahlberg feels it too. “It’s not a good thing,” he said. “His not a good thing. He believes Father Stu has shown a better way forward and he hopes telling his story will help turn the current national mood.

“We have to keep bringing people together, despite our differences,” he says. “Support, love and acceptance are much more important and much more effective in creating progress, change and growth.”