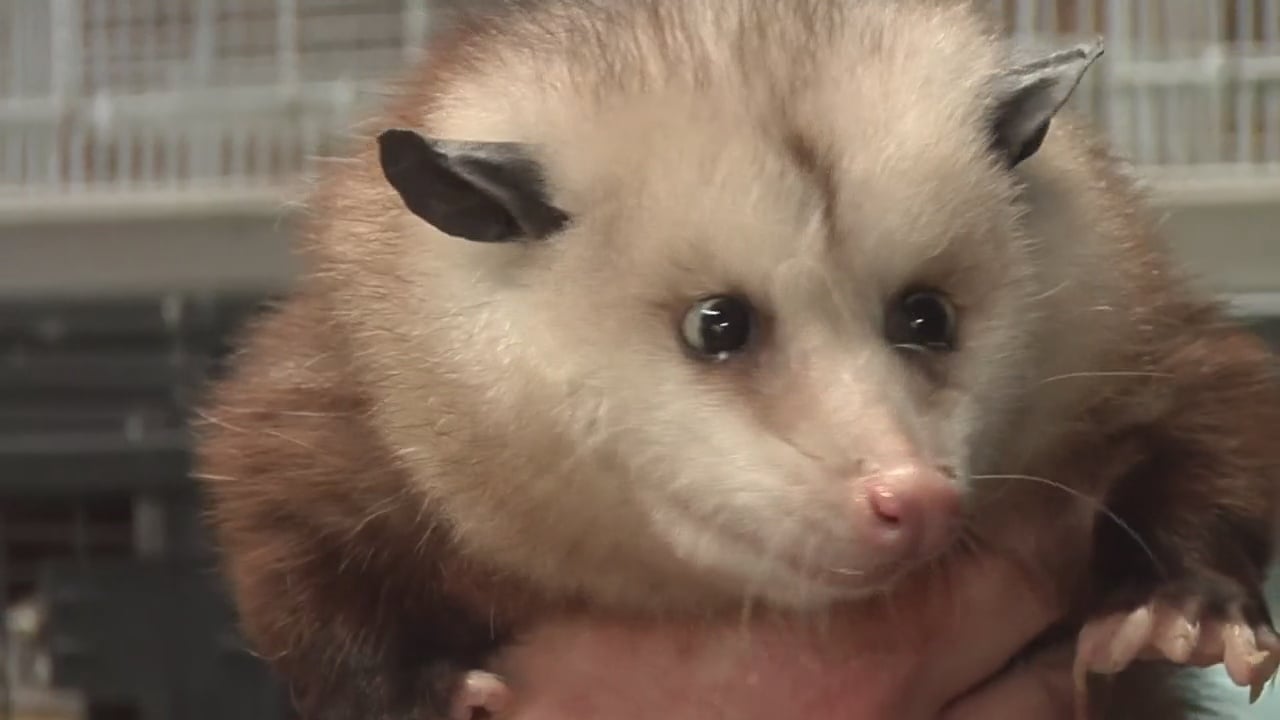 More to the story: A passion for opossums

Opossums are those little furry creatures you might find in your garden. Maybe even in your trash can and quite often unfortunately you’ll see one run over in the middle of the road, but for a man here in Chattanooga opossums are a passion. He does everything he can to improve their lives.

“I don’t think there’s anything I’d be afraid to handle.”

Thus speaks Jerry Harvey! As he descends the hill behind his house. Jerry is the driving force behind Opie Acres. It’s a wildlife rehabilitation center here in Chattanooga.
Jerry and his group of volunteers rehabilitate many animals. But above all, opossums. Opie is a nickname for possum.

Harvey has been in the rehabilitation field for over 30 years. It became his full-time job five years ago. His main hairy patient is possum.

JERRY HARVEY, OPIE ACRES;
“They are the most misunderstood and abused animal in the wild world. So I felt someone had to be an advocate. So I always have been. And I just took that to the next level .

Opie Acres is a non-profit organization. He works closely with TWRA. And it relies primarily on fundraising and donations. Jerry has about 24 volunteers working with him.
During peak season, Opie Acres will house between 100 and 250 animals. Especially opossums. A few raccoons. Even a weasel.
Most need some form of rehabilitation. Food, medicine, the whole sphere. Jerry says there aren’t enough hours in the day!

JERRY HARVEY, OPIE ACRES;
“The spring and summer months are a madhouse. People don’t realize what it takes. It’s amazing. We can have up to 30 to 50 animals per day. We are always short of money, short of volunteers and sometimes short of energy.

Harvey says 90% of the animals housed here are released into the wild. A select few are used for educational purposes. And for those few opossums that… don’t make it… well, they’re cremated. Jerry has a special shelf…..just for them.