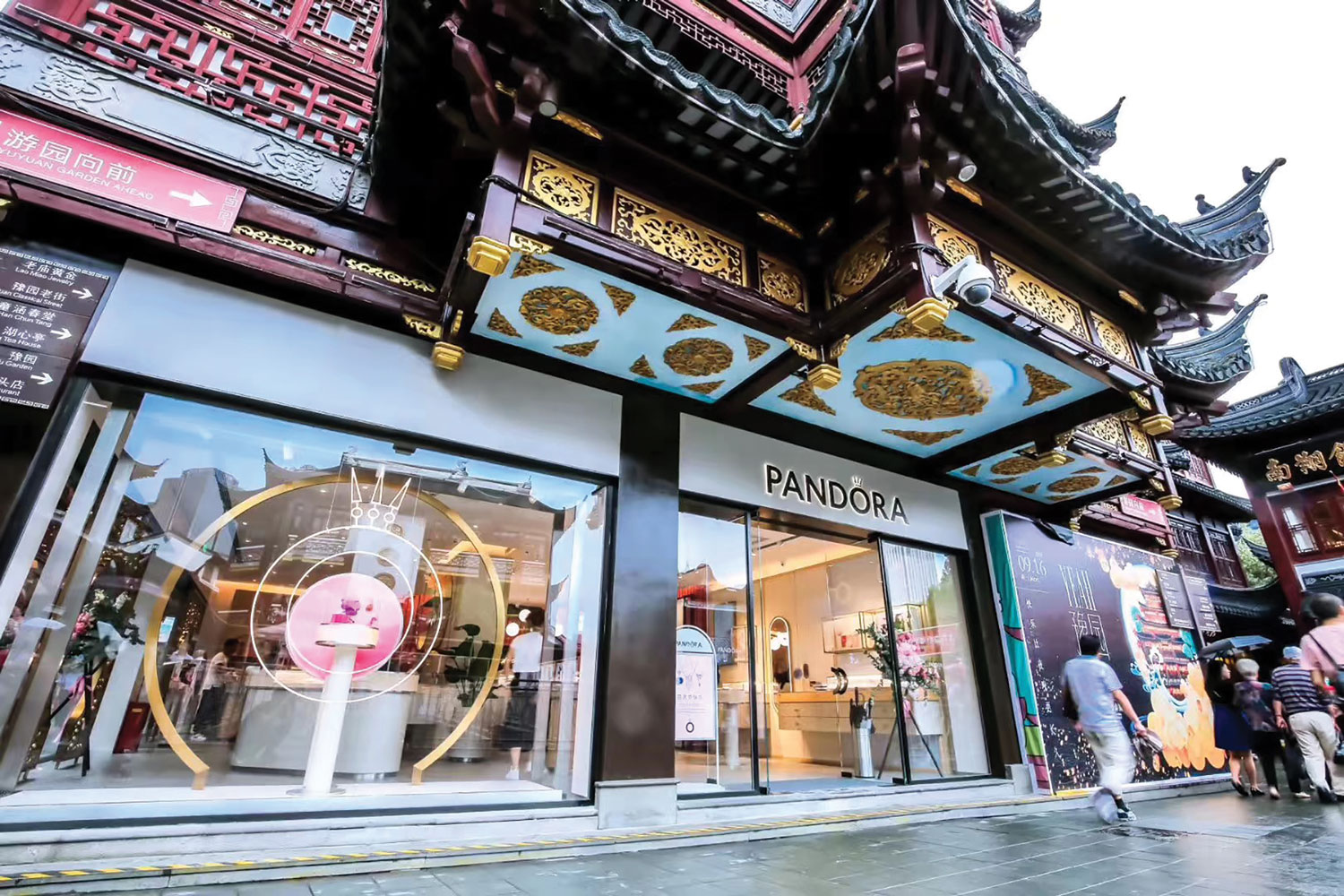 The world’s largest jewelry brand, Pandora, designs, manufactures and markets hand-finished jewelry created from high-quality, sustainable materials at affordable prices. In this interview, RLI speaks with the company’s CEO, Alexander Lacik, to discuss how the company continues to evolve its offering and grow its business footprint.

Founded 40 years ago by Per and Winnie Enevoldsen, Pandora began life as a family-owned jewelry store in downtown Copenhagen. However, it wasn’t until the turn of the century and the birth of the Pandora Moments concept that the brand really took off and began to become the global phenomenon we know today.

The Pandora Moments concept revolves around the ability for customers to create their own bracelets through a series of charms, which means that each guest can create a product that is their own and unique, providing a layer of personalization that has led to the global success of the brand. .
Today, the company has 6,773 outlets, of which 2,619 are Pandora concept stores, with the company owning 1,423 stores and the rest mainly operated through franchise or distributor agreements.

A global brand that operates in more than 100 countries on six continents, its seven main markets are the United States, where it has 348 locations, China and the United Kingdom both have more than 200 stores and Italy, l ermany, Australia and France are all home to over 100 stores. Apart from these main markets, they are also present in countries such as Greece, Hong Kong, Japan, Macau, Netherlands, New Zealand, Norway, Singapore, South Korea, Spain, Sweden and Taiwan.

“Looking forward, we believe there is plenty of room to grow in Latin America, as well as in the US where store density is still quite low,” says Alexander Lacik, CEO of Pandora. “Then in Asia, there are huge growth opportunities in China not only in tier one cities, but also in tier two and three cities. Japan and India are also places where we are present, but a presence in which we believe we can develop considerably. »

The current CEO took the reins in 2019 and was tasked with building the brand and focusing on the brand experience. “In the seven to eight months that I was in place before the pandemic hit, we undertook a program consisting of four parts. The first was brand relevance and making Pandora relevant to customers again. Second, it was about access to the brand and its distribution. Then we focused on a cost reset to help fund points one and two and finally we ran a business reset which was designed as a one-year program to streamline the business,” says Lacik.

These programs had created new traction for the brand and they had committed multiple investments in the fourth quarter of 2019, but then came the beginnings of noise from Wuhan about the virus. Faced with a choice, Lacik continued to move forward with those plans rather than closing up shop and waiting, a decision that has been justified in time since the brand continues to grow and evolve over time. .

Per square meter of store space, Pandora is one of the most profitable retailers in the world, if not the most profitable, and its store portfolio has traditionally consisted of small box-like boutiques of around 60m² accented with glass and chrome.

Recently, they introduced a new store concept called Evoke, which is in the testing phase and was created to make shopping more intuitive for customers and improve speed of service, allowing customers to explore, find and shop. to try products in a transparent way. To date, three of these new stores have opened, one in London, UK, one in Milan, Italy and the latest in Guangzhou, China.

“The idea behind these new stores is that they retain the high productivity of previous stores while highlighting certain aspects of omnichannel retail and connecting digital and physical, as well as expanding the way we market and showcase the rest of our offering as much as the Pandora Moments collection,” says Lacik.

Two new concepts that add to the offering outside of the Moments selection are the Pandora ME collection, which is more targeted at Gen Z in its design, and the Brilliance collection of lab-created diamond jewelry that was recently launched in UK with the aim of making affordable diamond jewelery for a wider customer base.

In recent years, the company has refocused its efforts on its social media platforms and e-commerce offering. Even with its incredible portfolio of stores, e-commerce remains the biggest traffic outlet in any given country, which is why the brand has invested in promoting and showcasing this area of ​​business.

When it comes to the growing field of sustainability in retail, Pandora was actually ahead of the curve in this regard according to Lacik. “The company founder was already thinking about sustainability before it became such an important factor. If you take a look at our manufacturing site in Thailand, it’s the only LEED-certified factory in Asia where 100% of their waste is reused, recycled or sold to people who can use it.

The brand stands out for its unique brand proposition and its nature of co-creation. Pandora Jewelry offers people the opportunity to design and create a bracelet, in collaboration with store staff, that is unique, personalized and meaningful to them through their selection of over 1,000 different charms.

“It’s a product that people can’t put a price on because it reflects the individual and is important to them. We think that’s what our business is all about, giving voice to people’s loves and giving them a chance to represent them on their wrists,” concludes Lacik.

2022-03-02
Previous Post: The passion of James Cook Superstar – The Gisborne Herald
Next Post: ‘Have a Conversation with Jesus’: How 2022 Passion Spawned New Worship Album ‘Burn Bright’