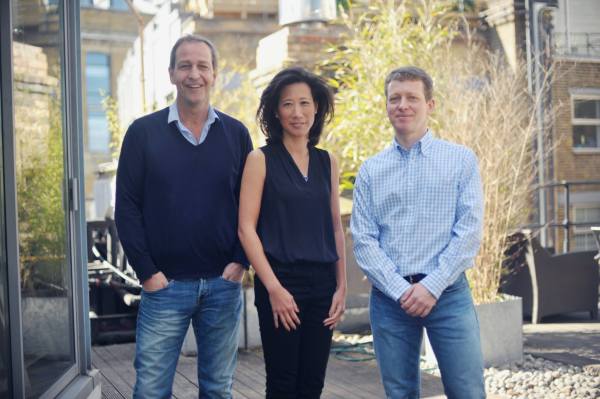 London-based Passion Capital has raised a second fund to invest in early stage UK startups – announcing today a safe deposit of £ 45million ($ 69million) to fuel its next phase of investments.

Passion Capital Fund II is another ECF (Enterprise Capital Fund), so the UK government provides part of the funding (via the British Business Bank) as was the case with Passion’s first fund. This time around, the taxpayer is contributing £ 17.5million to the pot. Other investors in the fund include family offices in Europe and across South East Asia.

The company said today that it intends to pursue its investment strategy more as “super angels” or “micro VC” rather than a traditional VC, and still fully focused on early tech companies. and digital.

Passion partner Eileen Burbidge told TechCrunch that she expects to make between 30 and 35 investments in total with Fund II – so “potentially a little less” than he did from her. first fund in order to lower the average of his first departure check from £ 193,000 to around £ 250,000 – “for greater ownership”.

Passion Capital‘s first fund was launched in April 2011. That fund included £ 37.5million ($ 60million) to invest in what they said at the time would likely be around 50 startups.

The screening was not far away; in this case, Passion has supported 42 companies over the past four years, which have collectively raised £ 124million. The total value of its portfolio to date is set at £ 407million.

Passion Capital also puts a public figure on its own performance: which, according to it, corresponds to a multiple of 3.13x (on average) of the first money invested. It also shows a gross internal rate of return of 32.7% at this point. And 1.64x TVPI (total value vs paid-up (capital).

So far, three of its portfolio companies have been exited / acquired (namely: Mendeley, Picklive and Readmill), which is not bad for such a nascent fund. While five hit the deadpool: Bonfire, Duego, Loopcam, Tripbirds and Vinetrade.

Passion also clarifies that six of its portfolio startups are still on the seed track, and 28 are still active – with follow-up funding at increased valuations.

While the fund itself is young, Passion’s partners have long been seasoned players in the tech industry – Burbidge herself was Skype’s third employee at the time. So what did the team learn in their first four years as Passion? “It’s really the founders who make the difference (reinforcing our conviction pre-funding based on our own experiences),” she says.

“There is a lot more start-up / seed money now in London (I think we were the first, and certainly the first of any size / scale based in east London) – but we think it is. is absolutely awesome and a very positive thing for the ecosystem, ”Burbidge adds.

“We are acting as we would like VCs to act towards us as founders – or our existing founders – and therefore are confident that we can partner with any founders we want. Meanwhile, the ecosystem would certainly need more investment capital – and more ambitious and innovative founders. “