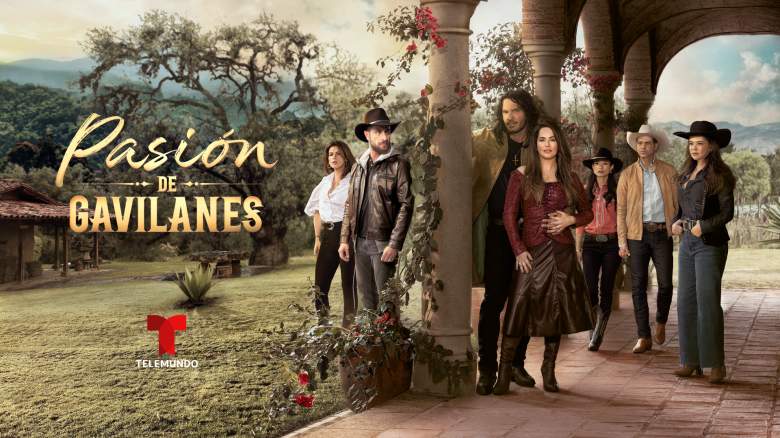 Starting Monday, February 14, Telemundo premiered the second season of Pasión de Gavilanes. In the acclaimed return of the hit TV series, a group of young actors are part of the new generation of hawks. They are: Bernardo Flores, Camila Rojas and Jerónimo Cantillo.

Pasión de Gavilanes, one of Telemundo’s most popular drama series, tells the unforgettable story of the Reyes brothers and the Elizondo sisters, enemies at first, but, thanks to their love and passion, the grudge dissipated and they now form a powerful and influential dynasty. . However, after 20 years, the surprise murder of Professor Genaro Carreño threatens the tranquility of the city of San Marcos and, above all, of Los Reyes-Elizondo, since everything indicates that the children of Juan Reyes (Cimarro) and Norma Elizondo (Garcia) is guilty. As if that were not enough, tensions continue to grow with the arrival of Samuel Caballero, a powerful and cruel man who will not hesitate to do what is necessary to recover his daughter and his wife, Rosario Montes, whose return to San Marcos caught everyone’s attention. All of this will set off a series of harrowing events that will once again test the love and loyalty of the Reyes-Elizondos.

Filmed entirely in Colombia, Pasión de Gavilanes 2 is an original Telemundo production written by Julio Jiménez González and Iván Martínez Lozano, and directed by Rodrigo Triana, Sergio Osorio and Camilo Vega, starring Telemundo’s Marcos Santana, Karen Barroeta and Harold Sánchez. and Clara María Ochoa and Ana Piñeres, of CMO, as executive producers. The first season of Pasión de Gavilanes premiered in 2003, becoming one of the network’s most successful series, with distribution in over 120 international markets.

Enjoy the interview with Bernardo Flores, Camila Rojas and Jerónimo Cantillo for the premiere of “Pasión de Gavilanes 2”

In an exclusive interview with our Entertainment Editor Juan Espinoza, the new promises of “Pasión de Gavilanes” spoke about what it meant to them to be part of such a successful project for Spanish-speaking audiences in the United States.

Handsome, strong and with a character similar to that of his father Juan. He is intelligent and does not get carried away by appearances. Fair and respectful towards the workers, he deeply loves those close to him, even his younger brothers with whom he does not share certain behaviors that seem worthy of blame. He tries to call them to order, but only to the extent that his rights permit. Juan David is sincere, loving, tender, but also determined, strong, energetic in his principles, noble and tolerant up to certain limits. His relationship with Rosario Montes makes him restless, she attracts him passionately, but she arouses caution, especially when he falls in love with his daughter Muriel. He then refuses any intimacy with Rosario, attracting the wrath of the obsessed woman who refuses to lose him.

She is a young woman, very beautiful, elegant, with a remarkable and atypical culture at her age, who does not stop behaving like any modern girl. Her great challenge is to be the daughter of a powerful and imposing man, and a woman with overflowing passions, aggressive and determined to face the greatest challenges. Muriel has something of both beings, and she’s smartly trying to balance herself to get the best out of them, and not get hurt.

He is not easily fooled, nor does he trust calculating and malevolent people like butler Pablo Gunter, nor does he submit to completely obeying his stern parents. She is very intuitive and when she likes someone, she makes them her friend. When she falls in love with her, she does not hesitate to show her love for him, to take advantage of it and to defend him until the last consequences.

Cultivated, cheerful and intelligent boy who studied music abroad and wants to pursue a career as a composer. He is very talented, in a distinguished and formal way. A fairly handsome boy who attracts beautiful young women like Muriel, who is initially interested in him, until realizing that she can only yearn for friendship with her. He occupies a prominent position as artistic and musical director of the shows presented at the Alcalá bar, the company of Rosario Montes. 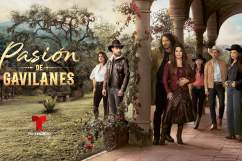 2022-02-21
Previous Post: animal passion animates the most curious of operas
Next Post: Audubon Citizen of the Year Says Volunteering is Her Passion | Atlantic