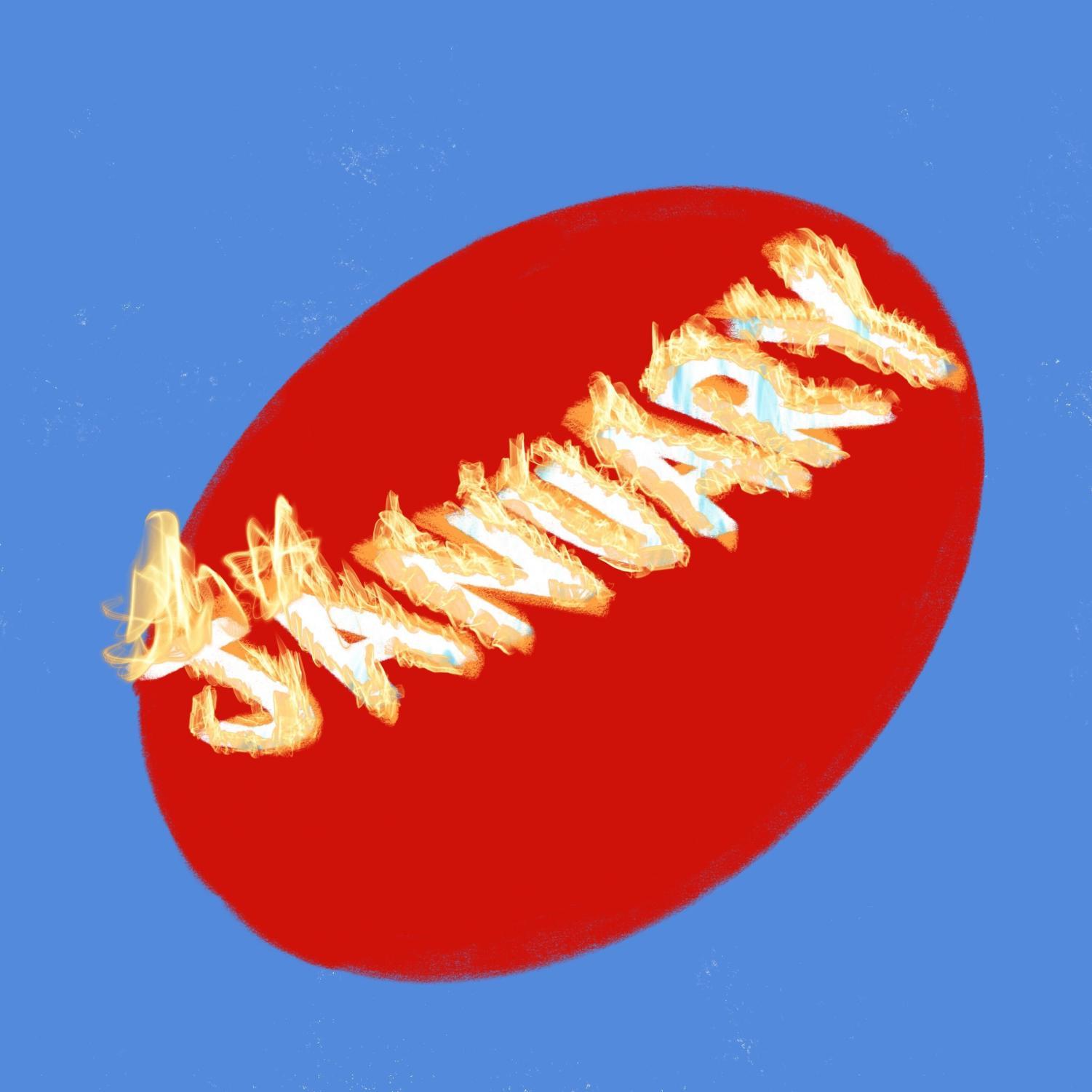 Picture this – it’s January 1, you roll over in bed at 2:30 p.m. with your head pounding after a night of festivities. You grab your phone and feel a sinking feeling in your stomach as you realize it’s a new year and start it with the urge to vomit. And it only goes down from there.

I have beef with January. But Rachel, you say, it’s been a month! How could you have beef with a month? Let me tell you, dear reader. Last January I caught COVID-19 and my grandmother passed away, a real double whammy in the highest degree. Not only that, but the weather was awful, the holiday season ended, and Aquarians celebrated their birthdays. There really is no redeeming quality to this trash month.

And I’m not the only one who thinks so – science agrees with me. Seasonal depression peaks the third Monday in January, aptly named “Blue Monday,” as the holiday season winds down and everyone realizes how much money they’ve spent on holiday gifts. With December we look forward to the holiday season as the weather begins to cool, and in February we can see the light at the end of the tunnel as spring approaches. But in January, we are trapped in the cold.

In January alone it snowed 14 times in Pittsburgh. It may be an unpopular opinion, but I hate snow. The snow is cold, melting and makes the whole sky grey. Also, after the snow, the piles of dirty snow seem to sit on the street for weeks, making it even more difficult to walk. January, on average, is the snowiest month of the yearadding to my deep hate of the month. Temperatures on average in Pittsburgh, it’s around 37 degrees Fahrenheit in January, which makes it hard to want to leave your house and go see friends. These kinds of temperatures make you want to stay indoors and hibernate instead of enduring biting winds and putting on 27 layers to leave the house.

While January may seem like a fresh start to some, it tends to only be for the first week or two. Studies show that most people give up on their New Year’s resolutions by January 19. This year, I didn’t even try to set any resolutions because I knew I couldn’t make them last more than a few days. The lack of motivation seems to come from the gloomy weather, maybe I wouldn’t hate New Years so much if it was June instead of January — and maybe my resolutions would last longer too. The cold and dreary month is not a good backdrop for new beginnings and trying new things, better to huddle and sleep all day.

Speaking of New Years, it really is the worst holiday. While only New Year’s Day occurs in January, its influence is so strong that I had to add it. Every new year, I struggle to make plans that always end up being dull. I never had “When Harry Met Sally” New Year’s Eve celebration level. Also, for the past two years, to stay safe, I’ve stayed home and watched the ball drop just to go to bed immediately afterwards. That feeling of dissatisfaction that the New Year brings is enough to carry over into January and fill it with bad vibes.

This January was even worse than normal – Mercury was in retrograde. From the 14th of the month until the 25th, the retrograde has affected everything, from communication to travel to technology. Not only were we in a typical and terrible month of January, but we were also in a cosmically bad month this year.

Although January is as long as any other month, it seems the longest. It stretches on for an eternity it seems and it feels like there’s no end in sight – it really does feel like the Monday of the year. One of the reasons for this is the monotony of the weather and having to stay indoors for so long. January is like the movie Groundhog Day, you wake up, see it’s gray outside, bundle up and wander the world to school or work. At least Bill Murray isn’t trapped in an endless January day in the movie!

January is also the month when you are most likely to get sick from illnesses such as respiratory infections. Peak. In addition, this year the omicron variant sharp in January, which meant more people were getting sick or had to be quarantined due to exposure. This forces people to stay indoors more to prevent others from getting sick, adding to the seasonal blues that comes from not seeing anyone. Also, being sick is the worst, if you are already in a bad mood and catch a cold, it makes it worse.

Now that it’s finally February, we have Valentine’s Day, and the warmer months are just around the corner, it’s easy to see how awful January was. This cold, sad and long month is far behind us and we are finally safe from it – until next year.

Rachel Soloff writes primarily about the entertainment industry and the weakness of anti-Semites. Write to him at [email protected].

2022-02-11
Previous Post: Exclusive: 22-year-old farmer shares how his passion helped him get through tough times and reap the rewards
Next Post: These books will add a bit of romance and passion to your Valentine’s Day | UB today