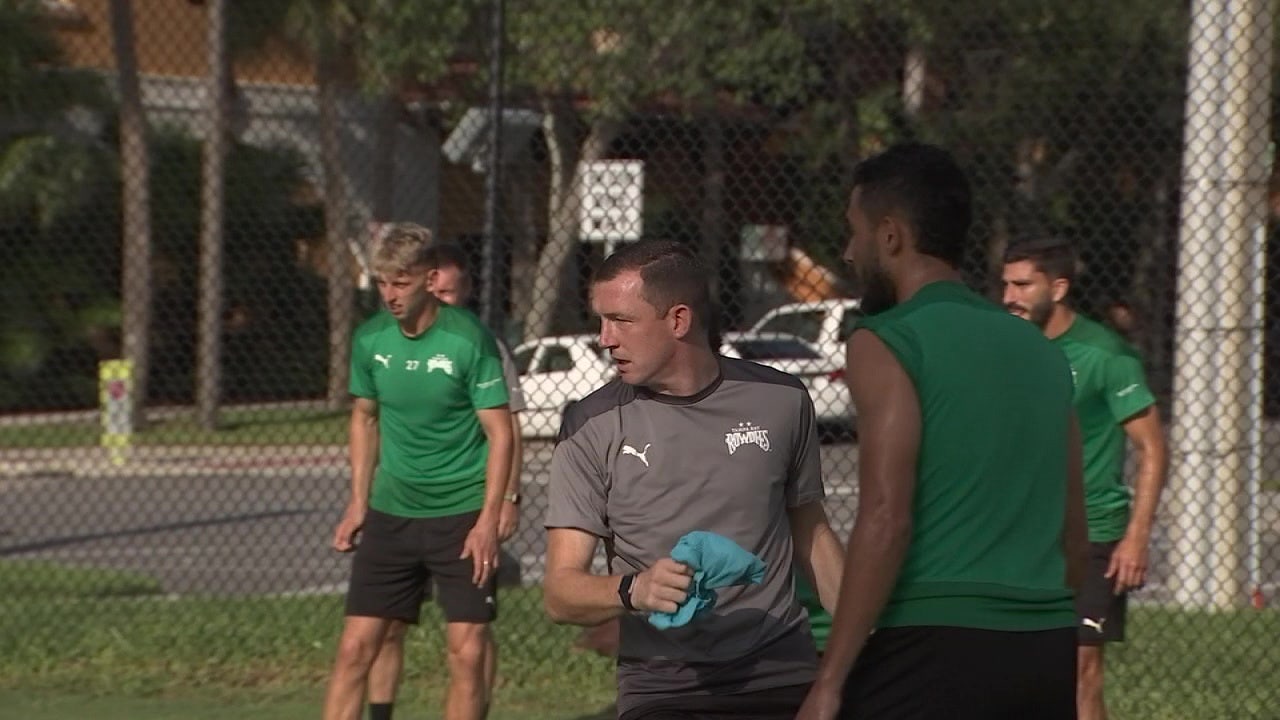 ST. PETERSBURG, Florida. – Neill Collins said that when he played football he always approached the game from a coach’s perspective.

“I always felt like I was a playing coach,” said Collins, head coach of the Tampa Bay Rowdies. “I always thought about being a coach, I really don’t miss playing, because I’m so involved in the game.”

Collins played for the Rowdies from 2016 until being hired as the team’s new head coach in 2018. Prior to that, the native of Troon, Scotland played for the Scotland national under-21 team years and spent five years with Sheffield United in England.

At just 38 years old, Collins brings a world of knowledge and intense passion to the Rowdies.

Midfielder Leo Fernandes was a teammate of Collins with the Rowdies and is now under Collins’ guardianship. Fernandes said the intensity Collins showed as a player remains intact.

Watching Coach Collins take care of the logistics with his team is an event in itself. It remains in perpetual motion. Above all, he gets the best out of every player as he gives the maximum of himself in the effort.

“We’ve all had coaches who will tell you what they want,” Fernades said. “But the message is not always clear. With Neill [Collins] it’s crystal clear.”

Collins’ approach certainly resonates with the Rowdies. The reigning USL Coach of the Year has his team within four points of first place in the league’s Eastern Conference.

That voice you hear on the pitch will likely come from the man offering advice and encouragement in an intensely passionate way. The voice of Neill Collins.