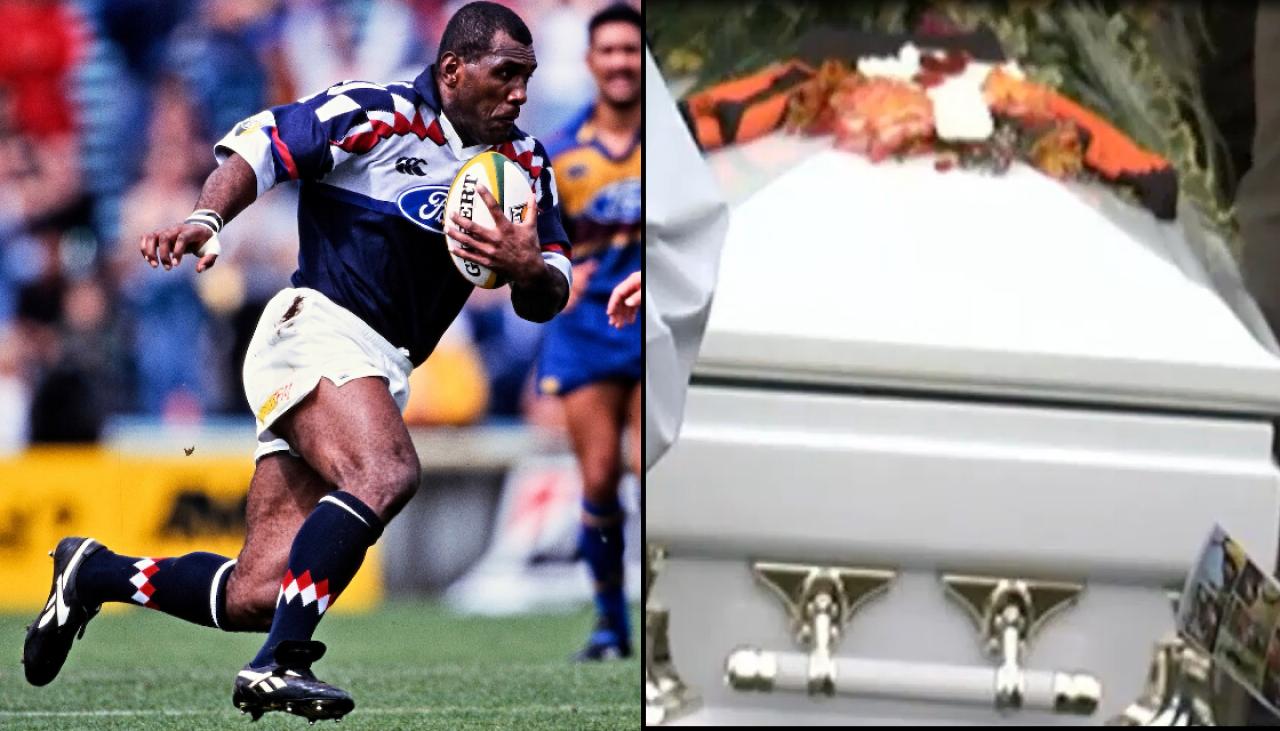 The former All Blacks, Blues and Counties-Manukau winger was laid to rest today, after a three-week journey to bring his body back from the United States.

Those who knew him best remember him as an incredible rugby player, but an even better friend.

Vidiri made one last entry onto the pitch where he created so many lasting memories with his athleticism.

His coffin was carried to Pukekohe Stadium, as it was called when he played there, through the tunnel he traveled so many times to his beloved counties-Manukau.

“He would do amazing things on the court, but he was never bigger than the game,” former Steelers captain Errol Brain said.

One of the first Fijian fliers, Vidiri changed the game with his trademark power and pace.

“He was the prince of wingers,” recalled Sir Michael Jones. “So many times he’s gone 60, 70, 80 yards to save the bacon from the Blues or Manukau Counties.”

But Vidiri’s memories off the pitch are what Brain will remember so fondly.

“He knew all the names of my daughters and knew my wife,” he says. “The first thing he always asked was how the family was doing, and then we would talk about his family.”

With the ball in hand, Vidiri showed pure pace, athleticism and skill.

With Jonah Lomu, the Blues had a heavenly game at outside backs – and they knew it.

“At our back meeting at the start of the week, we were all sitting down and saying, ‘Okay, that’s what we’re going to do, we’re really going to get the ball in the hands of Jonah and Joeli, very quickly’.”

And why not you.

Those same teammates that Vidiri has helped out of a hole so many times over the years were there to say goodbye one last time.

He will rest not far from the ground where he made his name.