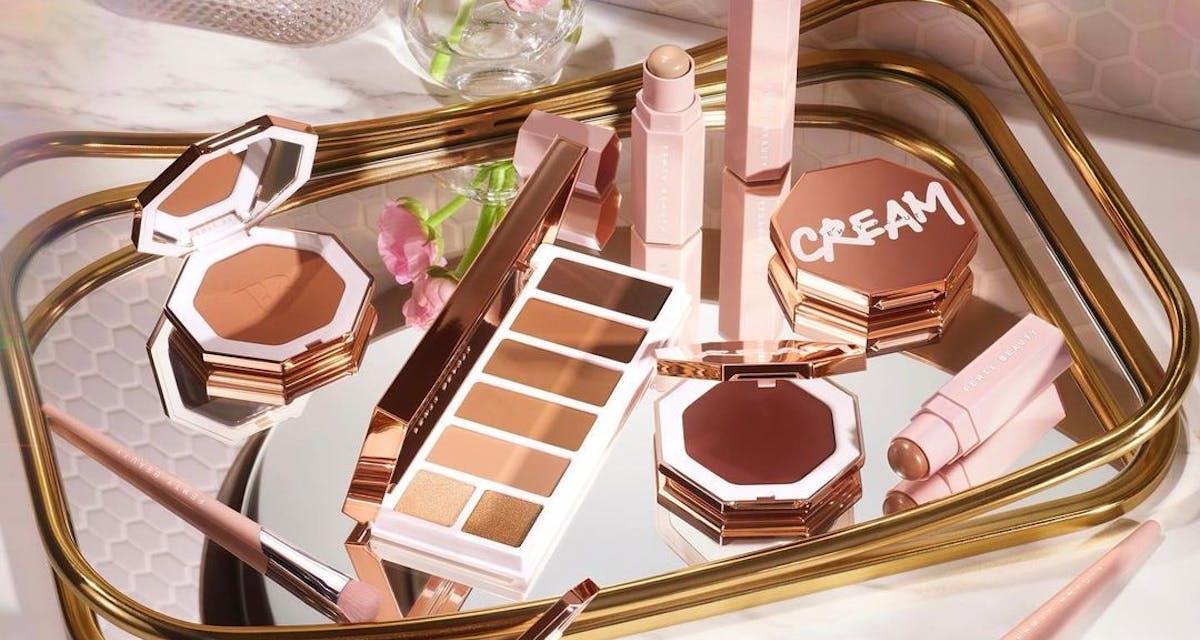 With the imminent release of Hailey Bieber’s new beauty company Rhode, many are wondering if it’s a passion project designed for her fans or if this latest celebrity makeup brand is a quick cash grab. .

At least it certainly reopens the floodgates for many skeptical consumers about whether celebrities have innocent intentions with their supposedly innovative makeup products.

Arguably one of the best celebrity makeup companies right now is the Holy Grail which is Fenty Beauty, created by none other than the queen herself, Rihanna. In 2017, Rihanna shocked the world with her surprisingly inclusive collection of makeup products.

Making it a priority to allow anyone to wear its products, Rihanna introduced its Pro Filt’r Soft Matte Longwear Liquid Foundation with a range of 50 shades. Rihanna quickly found her niche for Fenty Beauty: inclusivity, something needed in the makeup industry at the time.

Too many makeup brands were creeping out 20-shade foundations, like YSL, tart and beautyblender. Rihanna has become a pioneer in the makeup industry for inclusive makeup, emphasizing that no one is left behind.

As for Rihanna’s passionate involvement in this makeup empire, she hasn’t released music in six years to focus on running her businesses, such as Fenty Beauty and Savage X Fenty. Other celebrities with similar brands seem to focus solely on their music or gaming and put minimal effort into the products they release just to get money from a popular industry.

Recently, we’ve seen celebrities like Ariana Grande and Lady Gaga launch makeup brands that look underwhelming and unpersonalized to the celebrity that consumers buy from.

With REM Beauty a Big Release makeup company in 2021, many fans were slightly disappointed with the bland products and basic packaging. The eyeshadows were unpigmented and the brand just didn’t scream Grande.

Unlike Rihanna, Grande has an active music career and currently releases songs regularly throughout the year. It seems almost impossible that she could put so much effort, if any, into this endeavor when she has so much more to do in other areas of the entertainment industry.

Haus Laboratories, Gaga’s self-proclaimed step into the makeup industry, came at a time when celebrity makeup brands were nothing new. Gaga even admitted how oversaturated the industry has become, saying, “The last thing the world needs is another beauty brand. But it’s a pity. But she’s right, so why would she make one?

Gaga’s brand, similar to Grande’s, was nothing like the celebrity aesthetic she represents. Usually fans want to have some sort of item of the star they are buying from. Everyone knows they probably weren’t the most active, but the least they could do is make it reflect a bit of the celebrity vibes.

Not only was Haus Laboratories characterless, but the promotions were also too edgy and not the way an average person would wear makeup. Consumers could not identify with the appearance and could not imagine themselves in these products portrayed in such a disconnected way.

Haus Laboratories might have been a hit because Gaga is known for her makeup, but it seemed like she had no influence on the products or product promotion.

Seems like all these celebrities, who we’ve never heard of their passion for makeup, are dating makeup brands just seem to oversaturate an already crowded market. As more and more celebrities are dating makeup companies, it’s starting to look less and less authentic. They just see a popular market and slap their name on some eyeshadow just to make a quick buck.

Other famous companies, such as JLo Beauty and Kesha Rose Beauty, are even more forgettable, with no obvious passion for the products. Nowadays, when releasing makeup products, you have to be innovative.

It’s all been done before, so you can almost roll your eyes at these celebrities’ claims about never-before-seen products. Their laughable attempt at a makeup business will ultimately fail when it becomes apparent there was no thought in its creation.

When stars post makeup, most of the time fans wonder why they’re creating makeup in the first place. Many of them have never been known for makeup besides wearing it on stage or in their latest movie, so it almost seems random whenever a celebrity does it.

Selena Gomez, pop star and star of the hit childhood series, “Wizards of Waverly Place” released her makeup line, Rare Beauty in 2020, exclusively at Sephora. Needless to say, the products are to die for, like the liquid blush and lightweight foundation (which has easy-open caps for people with lupus, a condition Gomez suffers from).

Although the brand is personalized, Gomez isn’t known to be the most avid makeup lover. It seems a little practical that once the makeup industry is booming, it suddenly needs to create a makeup brand.

While it’s confusing for the singer to release such products, what Gomez has done well is connect with her customers and fans. She has collaborated with YouTube influencers such as NikkieTutorials and Hung Vanngo to demonstrate the effectiveness of her products.

Everyone knew it was Gomez’s trademark, and it was obvious that she put time and effort into not only creating the products but also promoting it. Other celebs just had their names on the products and took a few promotional shots with an intricate eyeshadow look, while Gomez went out of her way to convince customers that the products worked.

One of the most well-known celebrities for releasing makeup products is Kylie Jenner with her cosmetics line, Kylie Cosmetics. This brand was established in 2014 after the controversy and attention surrounding Jenner’s drastic lip fillers when she was 17 years old.

The Kylie Jenner Lip Challenge tormented the internet, with many young adults sucking on a cup to get big lips that mimicked Jenners. Jenner saw this as an opportunity and created the Kylie Jenner Lip Kits as the first product in her line.

They were an instant hit, with all of her lip kits selling in minutes. Since then, Jenner has bled into every other makeup product imaginable, from foundation to highlighter. She even dove into the world of skincare, which was also extremely successful.

Jenner was the clear face of the brand, and people bought the products because they were hers, not necessarily because of the quality. In recent years, the company has lost popularity.

This is due to the fact that she has released too many products for people to follow. Although the majority of his customers are fans, it has become almost impossible for people to keep buying all of his products.

Fans noticed that not all products could require so much effort, and eventually the company’s initial hype dwindled considerably.

Some other notable makeup companies that are effective, connect with their audiences, and exemplify their creators’ passion include Millie Bobby Brown’s Florence Mills and Drew Barrymore’s FLOWER Beauty.

For example, with Florence by Mills, the makeup is specifically targeted at a younger audience of teenage girls and boys. Florence by Mills and FLOWER Beauty both offer drugstore prices with quality products that consumers love.

Regardless of the fact that it doesn’t necessarily follow the latest trends, FLOWER Beauty isn’t just for Barrymore fans, but for the average consumer looking for good products at a reasonable price.

Barrymore and Brown know their consumers, and the celebrities who endorse these products have apparent control and motivation for the company that represents them.

Makeup lovers can sometimes be overwhelmed by the number of celebrities coming out with products. It’s hard to decipher their intentions when coming out, so it’s extremely important to take into consideration the celebrities’ effort for the company. Currently, with so many stars doing the same, they need to prove themselves in the industry to thrive.

2022-04-20
Previous Post: A fifth-grade teacher from Alma shares his passion for rodeo
Next Post: May’s passion for work recognized