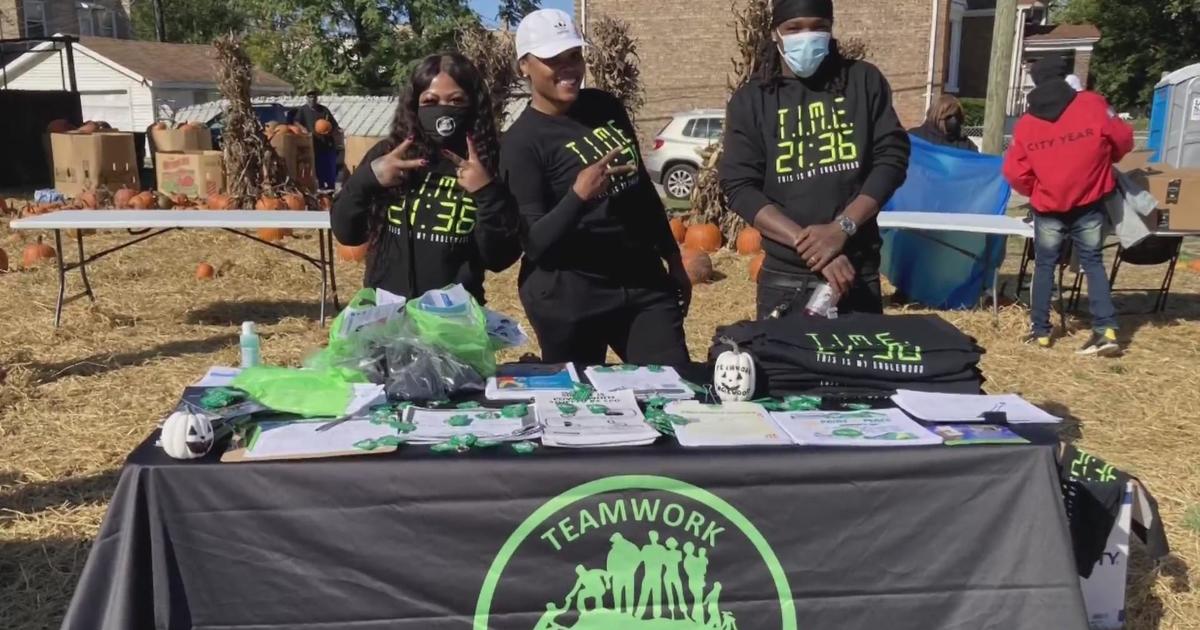 ‘So much strength and passion’: How an Englewood nonprofit is getting funds to strengthen neighborhood programs

CHICAGO (SCS) — The COVID-19 pandemic further shows how many communities continue to struggle.

A Chicago neighborhood is getting huge help thanks to a new partnership. CBS 2’s Steven Graves explains.

Cecile Demello does the long job as a nonprofit leader Englewood Teamwork out of love for her home and her three young children.

“I figure if I do a good job today, I’m one step closer to making this a community where they can safely raise their families.”

“As a convocation group, we also need help.”

When she and her team were promised a financial boost. For years the group has stood on a quality of life plan, assisting individuals and other organizations with housing – health and well-being.

But then – COVID hit the low-income neighborhood on the South Side, which saw violence and inequality soar.

“New barriers that we had around virtual learning, around workforce development that we didn’t have when we first thought of this plan.”

So they wrote up a suitable plan and sent it to United Way, a non-profit organization.

The group has now added the neighborhood to its network of neighborhoods. Now, 13 Chicago neighborhoods will receive funds from a $5 million pot this year. An investment in Englewood over the next three years.

Demello said the money will also reinforce the good work already done. Take the corner of 64th and Honoré, for example. Where vacant homes are transformed into spaces for community development and turn vacant lots into safe spaces for children.

“From a community development perspective, young people have been left behind,” Demello said.

The money will also help organizations apply for grants.

“They’re also doing it mostly without money. So imagine the impact they could have if their organizations were stronger and they could request more resources,” Demello said.

Proof of real teamwork. United Way has invested approximately $25 million in the neighborhood network. This is the first time it has grown in six years. The group also added Garfield Park and areas in the far south.

Steven Graves is a multimedia reporter for CBS2 Chicago who joined the team in September 2019.

2022-04-14
Previous Post: How my passion for walking helps me inspire others
Next Post: If running is your passion, check out these two new Polar GPS watches