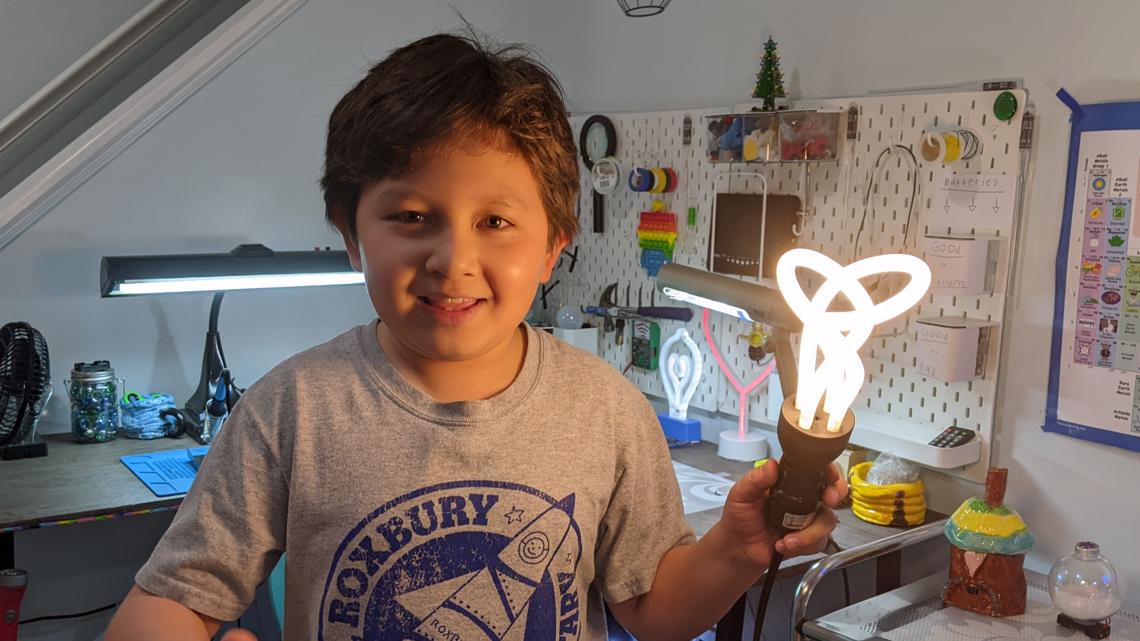 Jayden recently made his national television debut on The Ellen Show, where “The Light Boy” wowed guest host Julie Bowen with his brilliance.

SOLON, Ohio – “To love beauty is to see the light.” -Victor Hugo

The art of enlightenment is a lifelong passion for Jayden, but in all honesty, he’s only 10 years old, so his life hasn’t been that long yet.

Some children are interested in dinosaurs from an early age, others in baseball cards. But Jayden was drawn to the lights like a moth to a flame.

According to his father Steve, before he could even speak, Jayden was pointing and staring at lights. A trip to the grocery store, a car ride at night, or a change in her preschool class would lead to conversations about lights or an urgent pointing in to share her observations.

During her young tenure, Jayden has already amassed an impressive personal collection of light bulbs of various shapes, sizes and wattages. He transformed his bedroom closet into a “light closet” with labeled drawers. His favorite lights have the honor of being wired so they can be displayed as he pleases.

About 3 years ago, Jayden started making videos in which he showcases some of his favorite light bulbs on his YouTube channel, aptly called: JZ Lights: “The Light Boy”.

And let me tell you, things have really been heating up for Jayden lately. His passion for phosphorescence has also earned him a sponsorship with a company called 1000bulbs.com: They admired the young man’s moxie.

Next, Jayden made his national television debut on The Ellen Show, where The Light Boy wowed guest host Julie Bowen with his brilliance.

Jayden shone like a pro and was especially happy to have his own dressing room with a snack drawer with Funions. It was a big highlight for Jayden.

It’s not every day that you get to meet a 10-year-old lighting expert, so when Jayden invited me to hang out at his favorite haunt, The Habitat for Humanity ReStore, only a dim light bulb would have said no.

Jayden and his dad are regulars at every Greater Cleveland ReStore, he enjoys exploring old lighting technologies and possibly adding to his collection.

Jayden walked me through the lighting section, digging into an occasional light fixture that he liked. He is a patient teacher and I learned more about the pros and cons of fluorescents than I thought possible.

When asked about his future plans, Jayden says he wants to make and design light fixtures. He wants to challenge himself to develop an even more efficient type of light in the future. I wouldn’t bet against the young man.

Some kids collect comic books, others love video games. Jayden Frank really likes lights, and it’s cool. It’s a unique light bulb that shines a little brighter than most, and I found our time together enlightening.

2022-03-25
Previous Post: Thenuga Vijakumar from Cat Welfare Society on his career and passion
Next Post: How VersusGame rewards people for their passion