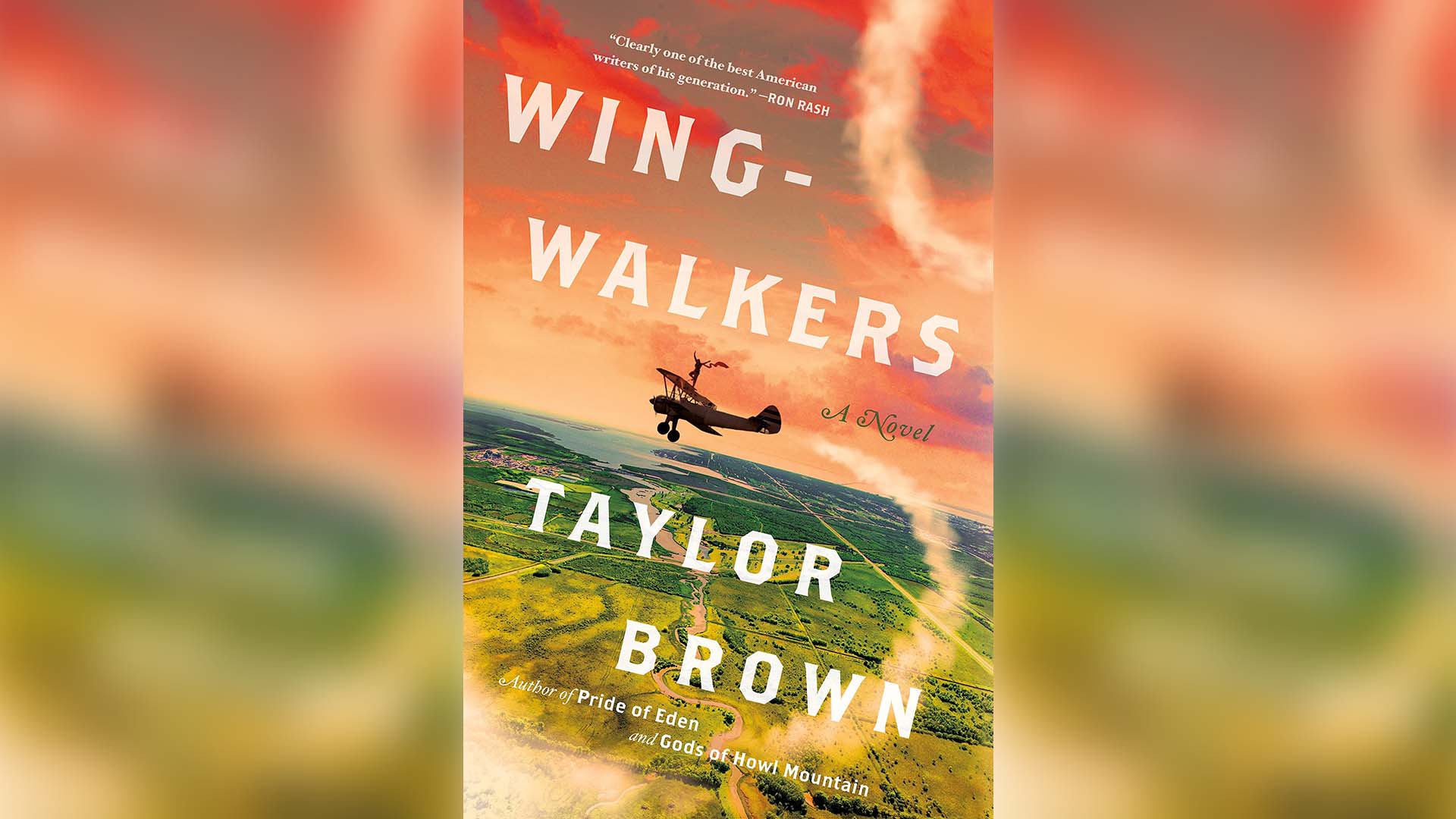 In 1934, New Orleans, William Faulkner had a brief but memorable encounter with two airmen – a man and a woman – whom he joined for a night of drinking, flying and partying.

This small detail of Faulkner’s life is the origin of Taylor Brown’s new novel, “wing walkers”, released on April 19.

The main characters, Zeno, a former World War I ace pilot, and his wingwalker wife, Della the Daring, are barnstormers who travel from town to town performing death-defying aerial stunts during the Great Depression. Faced with increasingly bleak prospects, the couple decide to fly their old biplane to Hollywood, where filmmakers like Howard Hughes make great aerial epics, and pilots and artists are needed.

Faulkner’s life and the author’s own forays into aviation as a child, his excursion to Canada to become a Royal Air Force pilot in World War I, and the financial and critical woes of his early writing life are woven into the adventures of Zeno and Della. which culminates with this chance meeting between the three in New Orleans.

“Most people don’t realize that Faulkner had a real passion for aviation. It was a big part of his life,” says Brown, a Georgia native whose own father was a pilot.

In 2016, around the time of the publication of his first novel, “Fallen Land”, Brown came across a photo of Faulkner hanging on the wall of Square Books in Oxford, Mississippi. It shows a debauched young Faulkner dressed in an RAF uniform, a cigarette stuck in the corner of his mouth. Brown, already a Faulkner fan, needed to know more.

He picked up “Faulkner: A Biography” by Joseph Blotner to look for clues to this part of the author’s life and learned that

Faulkner had traveled to New Orleans in 1934 for the opening of Shushan Airport, then billed as the new “Air Hub of the Americas.”

“It was a really big job. They opened it during Mardi Gras, and they had air shows and air races and stuff,” Brown says.

It was there that Faulkner met the mysterious aviator couple, whose names do not appear in Blotner’s biography.

“They had some sort of affair, but we don’t know what it was or who they were,” Brown says. “For me, that was the story waiting to be told.”

Brown will discuss her new novel at a “Books Over Drinks” event at Mr. Judson from 7:30-9:00 p.m. on April 20. Tickets are $35 and include admission, a cocktail and a copy of the book. Visit mjudsonbooks.com for more information.

2022-04-19
Previous Post: Pedro Pascal says working with Nicolas Cage gave him a new passion for acting
Next Post: How young people can feed their passion for Formula 1.