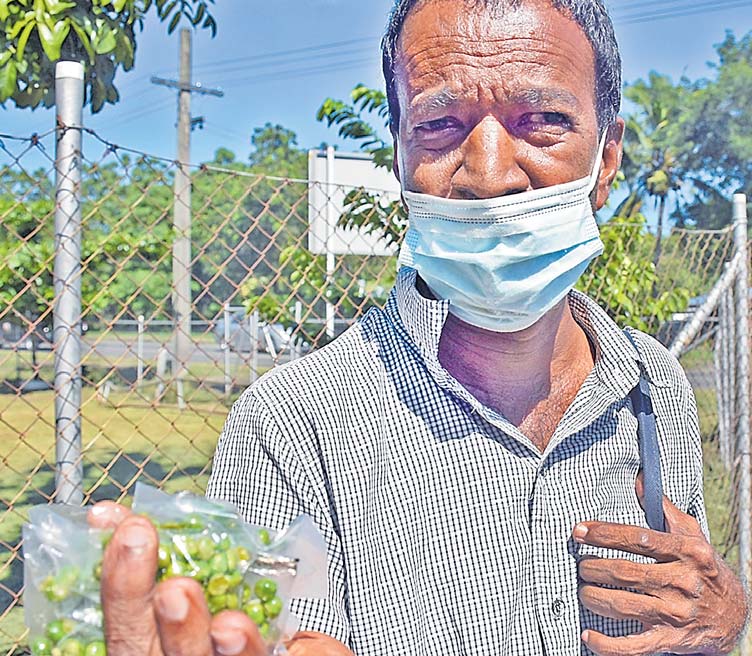 Harish Chandra is the bean man, a business idea that rubbed off on his father and now more than 18 years later, the 57-year-old is still at it.

Chandra says he is good at his job which has held up over the years.

He said he believed in working hard, just like his father, and being content with his work and whatever he earned.

He said he watched his father prepare the peas or pack the peanuts every morning before driving to Lautoka City to sell.

Rifle Range resident Lautoka said he was driven by a passion to follow in his father’s footsteps.

“As a kid, I watched him and learned from him. Eventually my turn came – and I’ve been selling spiced peas for over 18 years now,” he said.

Chandra said he was raised in a relatively large family of four brothers and three sisters.

His formal education years were brief – primary at Andhra Sangam and secondary at Tilak High School.

After year 11 – he dropped out of school.

“I left school because life was a struggle. My dad was the only one making money so I had to help out by getting involved in a similar business as well,” Chandra said.

I usually finish the frying and packaging process before heading out for the day’s sales.

“I fry peas in earthenware because it makes them tastier and more fragrant. The beans are much firmer and crispier and don’t break up as much during cooking.

“I don’t compromise on the quality of my product otherwise I could start losing money. My clients are my number one priority.

Chandra describes herself as a “people person” who is always on the go, no matter the weather.

“I leave home at 8 a.m. after having packed around 30 bags for the day, then I go to town. However, business has not always been easy, especially after the pandemic.

“Compared to what I was earning, business has really gone down. It was a fight during the confinement period. I faced so many challenges and strict sanitary protocols had a huge impact on my take home pay as I lost a lot of clients.

“I was making $35 a day before COVID-19 hit, now I barely make $20 a day. It’s difficult but I remained steadfast in my quest to succeed because I have no other choice.

Chandra’s strong message to others is “be determined to succeed”.

“There are always challenges, but if a person is determined to succeed, nothing can stop them. If you are passionate about what you want to do, you will definitely find your way through difficult times.

“Anyone who believes in hard work and has the determination to persevere will always succeed.”

Chandra is the son of the late Subramani Reddy, affectionately known as “Magasse Fire” in Lautoka!