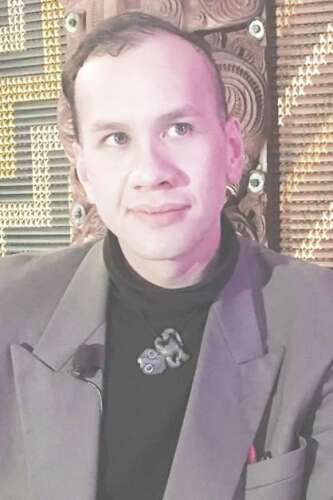 The passion of James Cook Superstar – The Gisborne Herald

Knock Knock. “Who is here?” Hi this is Tanith. I’m back like scoliosis. Can I take a moment of your time to talk about our lord and saviour, Captain James Cook?

This tale is about “Cook’s Passion”, the greatest true story ever told. The story began with the arrival of the Endeavor in Turanga-nui-a-Ruamatua. In the beginning, 252 years ago, there was Captain James Cook. He separated light from darkness and created Maori in his image. 3-BC (Before Cook), the high wizard Te Toiroa Ikariki started singing “You better be careful, you better not cry, you better not pout, I’m telling you why – the Captain Cook is coming to town!” But people didn’t understand Toiroa’s riddles. Toiroa predicted that the drift of the sea would spread across the land, bringing a New God to these shores, a good God, but the people would be lost. This God was the almighty Captain Cook. In Polack’s book, this “. . . house full of deities” happened in the year 0 anno domini nostri Iacomus Coquus (year 0 of the year of our lord James Cook).

Cook sent among the people of Turanga two angels, Charles Green and Joseph Banks. But they found only wickedness and people needed to be “punished instantly”. The lord rained down judgment on the people of Turanga: FIRE! “Father, please forgive us for we don’t know what we are doing.” FIRE! FIREEE! For three days the captain rained sulfur and fire on Te Maro, Te Rakau and a number of children fishing. He did not discriminate, young or old, innocent or guilty, for all had fallen short of Cook’s glory. . .

Whenever Cook was with people, he understood their real needs, more than themselves; “they would very soon be provided with not only the necessities but many of the luxuries of life”. Old Testament Cook was punitive but New Testament Cook was compassionate. James was sweet. There were definitely times when he used harsh words, but he knew when kindness was appropriate. Ropata Wahawaha once told the story of Cook’s words of kindness: “Tatar, Tatar give me some provisions” and the provisions were given. From this act came the words of Captain Cook, “Ko Tatare, Ko Tatare il Rangatira!” (Tatar, Tatar is a chef!’) James Cook was not lacking in commitment, wherever he was or with whomever he was – he was fully in the moment and fully committed to his goals. He succeeded where Tasman failed.

Cook was the ultimate servant and hailed as a great teacher. Although he had the ability to get whatever he wanted, he did the exact opposite. He gave and taught people to grow food and in his humility bestowed the name Kokorutanga-kai-kore (Poverty Bay). He was a good, gentle, misunderstood soul who only wanted to discover and civilize the savages of the Stone Age and introduce them to lead shot and the steel cutlass.

Never forget in the history of the world that in Hawaii there was a plebiscite between Cook and Kalani’opu’u, and the people chose Kalani’opu’u. The steel was embedded deep in his flesh.

Before he died, Cook said, “Eat my flesh and drink my blood, you have no life in you.” Ninety-nine ADC (After-Death-of-Cook) at the inaugural meeting of the New Zealand institute, His Excellency Governor George Bowen referred to “our immortal navigator Captain Cook”. James Cook died for your sins, he lived this horrible death so you can all be saved. This is very clearly true love at its finest. To this day, every year, the people of Turanga await the second coming of James Cook Superstar!