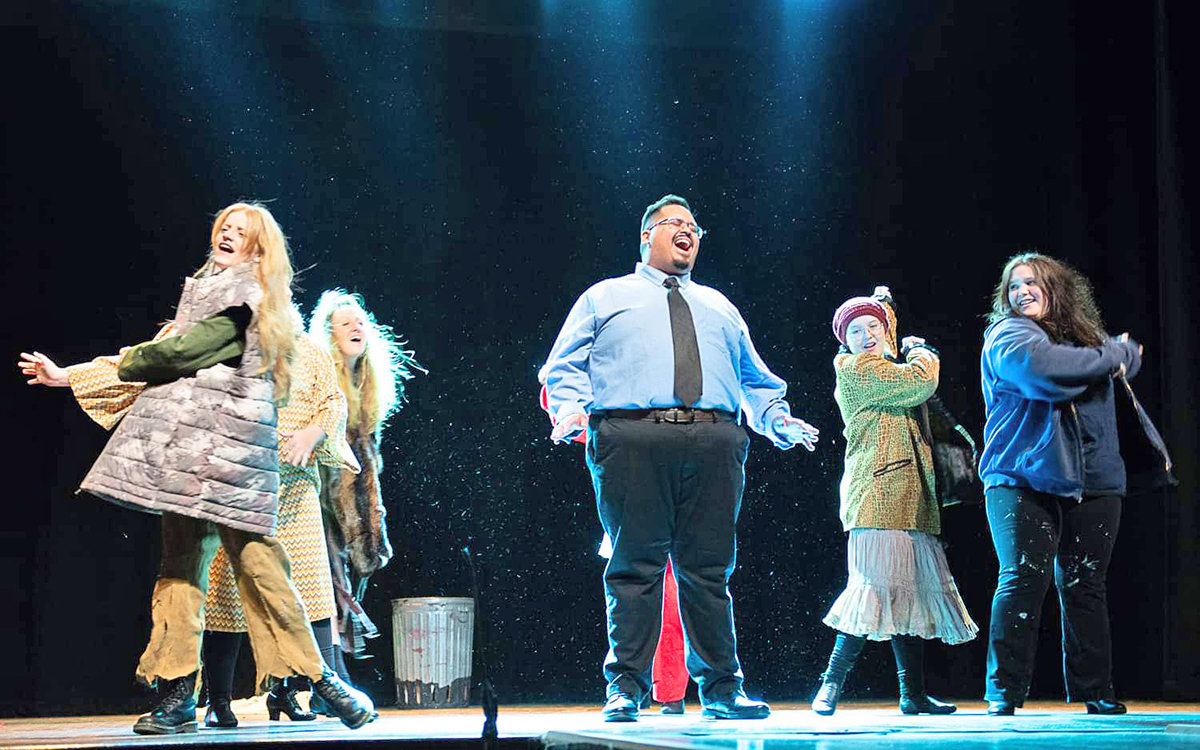 ROME — Growing up in a huge Latinx family with heavy influence from the music teachers he grew up with in college and at the Rome Free Academy, Esteban Jino Vazquez is enjoying success in his Ohio home today as a professional musician and singer.

Vazquez grew up in Rome, residing in the former Wright Park Manor until elementary school, then attending Strough Middle School and RFA.

When it comes to music, it’s always been a big part of Vazquez’s life. Remembering parties and special family gatherings when I was a kid, “Our big Latinx family would get together, hang out, eat and always have some kind of music – whether it was the radio or my uncles getting congas and playing along. whatever Marc Anthony song my grandmother, Maria, dictated to be played,” he fondly recalls.

This passion for music continued to develop throughout middle school and high school.

“Mary Morrisroe, Joanne Gould and Twyla Edwards were instrumental in who I am as a musician/performer,” Vazquez said, adding that while attending Strough he enjoyed his early musical experiences and at the All-County. MusicFestival.

Throughout high school, Vazquez said he had the “pleasure and honor” of having Linda Slavin as his freshman choir teacher, with Mary Kay Madonia teaching his music class.

“However, the teacher who had the most impact on me was Valerie Wood (V-Dubb). She was my favorite instructor,” he said. “The things I learned from her as a musician I still remember and apply to this day, which were even solidified by those teachers before her. You are all invaluable to me. “

After high school, Vazquez was part of the first RFA Alumni cabarets, for which, when possible, he traveled back from Ohio. Since arriving in Athens in 2011, Vazquez has participated in several projects there, including music, singing and acting.

“I’ve performed with several theater companies, choirs, and events in our city,” Vazquez explained. “I have conducted and participated in cabarets all over the city. During the fall, I also joined the board of directors of an organization called OVST (Ohio Valley Summer Theater), whose goal is to carry on and nurture the beauty of how theater connects people to each other, the community they live in and to support people no matter where they come from.”

He said: “We have a university in town that also has a thriving music school (Ohio University), where I’ve met some amazing people and instructors as well, and had the privilege of calling some of these people my best friends.”

Vazquez has also been part of the SATB (Soprano Alto Tenor Bass) of Athens for 10 years, known as “A new kind of choir”.

“We were doing themed concerts based on the nonprofit we were fundraising for at the time,” he explained. “For example, the pantry was songs about food; the library was books; the observatory was all about space – we did a Madrigal dinner and even a Gilbert & Sullivan play for our local branch of CASA/GAL (Court Appointed Special Advocate/Guardian Ad Litm).”

Unfortunately, the COVID-19 pandemic has brought many of Vazquez’s shows to a halt, just as it has closed the curtain on stages around the world. But now that things are “slowly getting back to normal,” production of Vazquez’s “Sister Act” is finally making its way to the stage after a delay of more than 750 days.

“This summer, OVST is hosting a theater camp for young people with their production of ‘Seussical Jr.’, which will be an incredible show,” said the performer. “My son and I will also be cast in ‘Shrek’ as OVST’s main stage production in July.”

Vazquez said he owes his passion and success in music and as a performer to his roots.

“I cannot comprehend or dictate to you all how amazing my musical education in the schools of the city of Rome has been. It has enabled me – without exaggerating – to understand better than some university students I have met “, did he declare. “Rome’s musical history is one of the best I have ever seen and experienced. I am beyond grateful for how this city shaped me into the musician I am today.”

2022-04-18
Previous Post: In the Bangladeshi capital, a Ramadan passion for Arabic cuisine
Next Post: Bryan Harkins is passionate about philanthropy