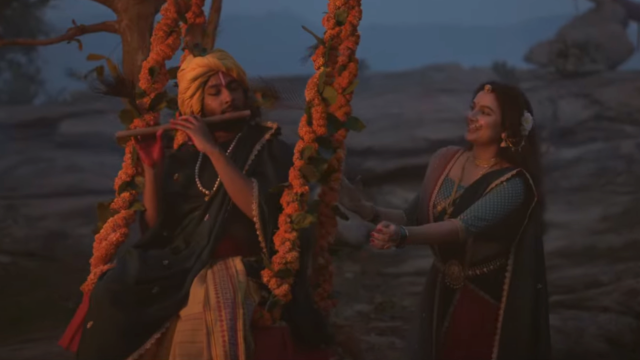 The teaser for composer-filmmaker Indraadip Dasgupta’s upcoming feature Bismillah revolves around the title character, a flautist played by Riddhi Sen. Also starring Subhasree Ganguly, Surangana Bandyopadhyay, Kaushik Ganguly and Gaurav Chakrabarty, the film tells the story of a villager who experiences different shades of love on his journey to becoming a fully-fledged musician.

In the teaser, Bismillah, a Muslim flautist, is often seen in the avatar of Krishna. Footage of his romantic endeavors with Subhasree seem to refer to Krishna and Radha’s passionate love affair, while snippets with Bandyopadhyay, who appears to play the role of a young Vaishnavite widow, have the flavor of friendship. of innocent childhood.

Bismillah’s life seems to take a serious turn after a shehnai ustad (Kaushik) made him his disciple. A follower of Krishna, the musician seems torn between his desire to pursue his passion for the flute and to perpetuate the legacy of his teacher, the shehnai player.

Bismillah is set to hit theaters on August 19.

Check out the teaser below and let us know if you’d like to watch the film.