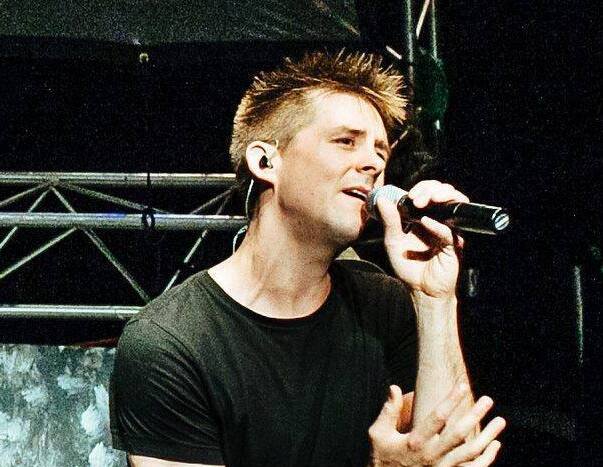 The Westborough singer shares his passion for music at Marlborough High

MARLBOROUGH/WESTBOROUGH — Westborough’s Caleb Whelden developed an interest in a cappella music while a high school student in Nantucket.

Today, he shares his passion for music with the students of Marlborough High School (MHS).

He and Shannon McNulty began co-running the a cappella group MHS Voices ReChoired as an extracurricular activity in 2016. Alongside this, he ran his sound engineering and plumbing businesses.

Whelden has now been working since January as a long-term substitute teacher of MHS choral music.

“I had been with Voices ReChoired at MHS for six years and felt really at home,” he said. “This is where I wanted to be if I was ever to teach.”

Whelden became fascinated in high school with a group of a cappella visitors from Ithaca College in New York known as the Ithacapella.

“The outgoing nature of the band members and their ability to interact with the audience was something I immediately wanted to learn how to do,” he said.

Soon after, Whelden joined his high school a cappella group. He then studied music education in Ithaca, where he sang with Ithacapella for four years.

“The day I found out I had arrived in Ithacapella, I felt like I was exactly where I needed to be,” he said.

His most valuable lesson learned at Ithaca was to pique the interest of students.

“They teach you how to make it fun and keep it moving,” he said. “Leaving Ithaca, I felt really confident with lesson planning and classroom management.”

During the summers while studying in Ithaca, and after graduating in 2003, Whelden sang a cappella on the streets of Nantucket for passers-by with a band called the CobbleTones.

“People weren’t necessarily planning to stop and watch, so I learned a lot about how to keep an audience engaged,” he explained.

Whelden has also performed with several other a cappella groups, including the Boston-based Five O’Clock Shadow. He joined the band for their full-time tour in the fall of 2003.

Since then, he has become the musical director of Five O’Clock Shadow. They have released albums and continue to perform part-time.

Along the way, Whelden worked as a sound engineer and eventually opened Clarus Productions in 2012. His company specializes in a cappella sound.

“There is a real need for a cappella sound engineers at all levels – high school, college and professional,” he said. “I learned from incredibly talented sound engineers while playing on the road.”

“The plumbing was a way to pay the bills while I was singing,” he explained. “It kept snowballing to the point where I felt stuck in it.”

“It’s been a roller coaster ride,” he said of the past few months. “While it was a bit of trial and error for me, the transition was also easy as everyone at MHS was so helpful.”

Learn more about Five O’Clock Shadow at focs.com and Clarus Productions at clarusproductions.com.

2022-04-25
Previous Post: Is this the right way to do things? Passion and courage will only get Ireland so far.
Next Post: Football passion and Kerala!, malappuram football fans, kerala football lovers, football news