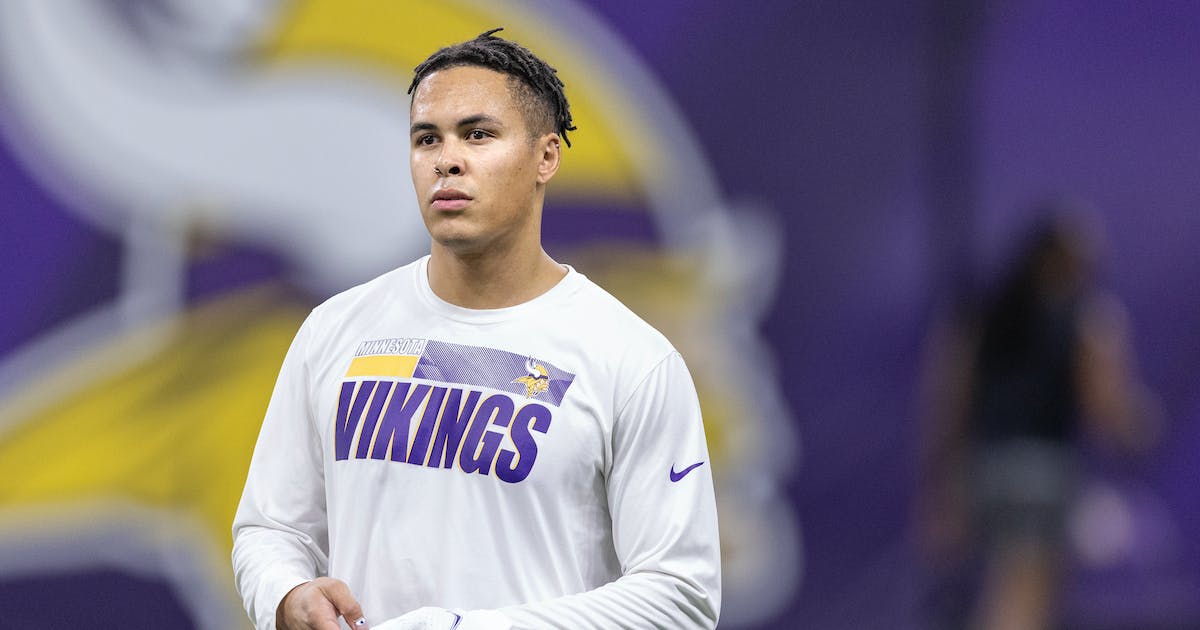 Vikings’ Olabisi Johnson rediscovers his passion for football (and hockey)

The 2021 NFL season scored Olabisi Johnson first fall without football since the age of 7. A torn ACL suffered in training camp last July sidelined Johnson for nine months, just before what many predicted could be a breakthrough year for the wide receiver.

But now, back with the first-team offense at training events on Tuesday, the 2019 seventh-round pick has discovered a new passion for the sport he loves.

“I think you’re stagnating, you know? Johnson said. “You go through the same moves. You go to work every day. You’ve been training Monday through Friday for the last three years I’ve been in the league. You know, as much as I still loved it, I’ve been there. I probably kind of lost it. And then I sat down a year and was like, ‘I really missed that. I really missed football.'”

Johnson has started three games in 2020, totaling 14 receptions for 189 yards. Fill in against the Panthers in Week 12 as Adam Thielen Recovered from COVID-19, Johnson had his best performance of the year, catching seven passes for 74 yards and converting a two-point conversion in the fourth quarter.

As he returns with a refreshed state of mind, he joins a team that has become refreshed.

“I think the energy is amazing around the building,” Johnson said. “I think knockout [head coach Kevin O’Connell] really has the whole team on board.”

The Lakewood, Colorado native spent most of his time recovering from his injury playing sports on TV.

In down time, he discovered a hidden passion for hockey. He put down roots in his hometown Colorado Avalanche in the second round of the NHL playoffs against the St. Louis Blues, the same team that knocked out Johnson’s second team, the Minnesota Wild.

He was also able to monitor his teammates, namely KJ Osbornexcel in his place last season.

“It’s tough,” Johnson said. “But at that point, I just need to make amends. I’m injured and I want the best for my team, my teammates. I mean, I always do, even though I’m healthy and on the pitch. So of course KJ had a great year; he did what he had to do.”

Osborn had 655 yards last season as the Vikings’ third wide receiver, a spot the two players will be vying for this offseason. They give the quarterback Kirk Cousins plenty of options behind starters Thielen and Justin Jefferson.

“I remember thinking in third year he was going to take a big step and really show up,” Cousins ​​said of Johnson. “Then, unfortunately, he tore his knee one-on-one here in training camp. I’ve always had a high opinion of him, and I think in Year 4 here, I expect hope he has a very productive year and provides great depth for us.”

“There will be a full kicker competition and a punters competition,” he said. “That’s why we introduced [kicker] Gabe Brkic and [punter] Ryan Wright – to push these veterans that we have and push each other. Competition makes us better, so we want to try to create as many game situations as possible, but also pressure situations.”

Davis vs. Reed for right guard

Veterans Jesse Davis and Chris Roseau turned the streak to right guard with the first-team offense in spring training. Second-round rookie draft pick Ed Ingram and sophomore player Wyatt Davis could also be in play, but has not yet mixed with the starters.

“We have plenty of time to decide who will start on day one, game one, against the Green Bay Packers, but we like the squad we have,” the offensive coordinator said. Wes Phillips mentioned. “We like that there’s a talent pool there, and a lot of guys that have a lot of different skill sets that we can kind of just throw them around and see how they progress, keep training them and kind of see who rises to the top.”