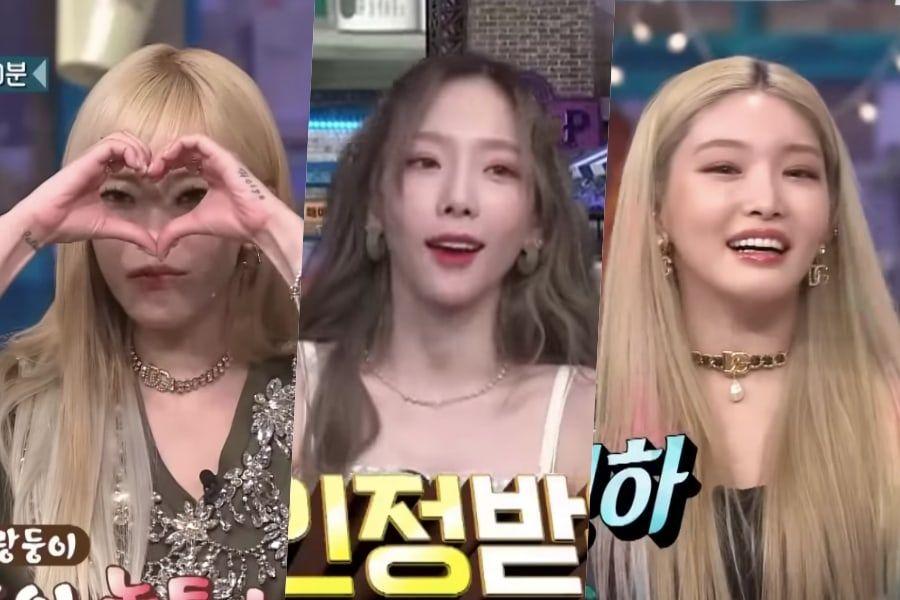 Chungha and Heize will be performing tvN’s “Amazing Saturday” next week!

On July 2, the popular variety show aired a fun preview of its upcoming episode featuring the two singers as guests.

Heize, who is known to be a big fan of Girls’ Generation’s Taeyeon, is quick to express her love for the older singer. In fact, Heize raves about her idol as the preview quickly moves through her effusive monologue, with Taeyeon eventually cutting her off in embarrassment.

Later, Heize continues to hold a piece of paper on which she wrote Taeyeon’s name with a heart, leading host Boom to exclaim, “Her love for Taeyeon is real.”

Meanwhile, Chungha impresses the cast with her passion, stating, “I can do anything.” Testing her limits, Kim Dong Hyun asks Chungha if she’s ready to try on her wig, and Taeyeon protests, “No, protect her!” Protect her!” However, Chungha isn’t holding back as she does whatever is asked of her, with SHINee’s Key commenting dryly, “Really, I’m telling you, ‘Amazing Saturday’ has ruined many people.”

Chungha and Heize’s episode of “Amazing Saturday” will air on July 9 at 7:30 p.m. KST. In the meantime, check out the new preview below!

Until next week, watch Chungha on “Play Seoul” with English subtitles here:

How does this article make you feel?

2022-07-03
Previous Post: The story of a musician torn between following his passion and passing on a legacy
Next Post: An engineering student finds his passion in all things non-engineering