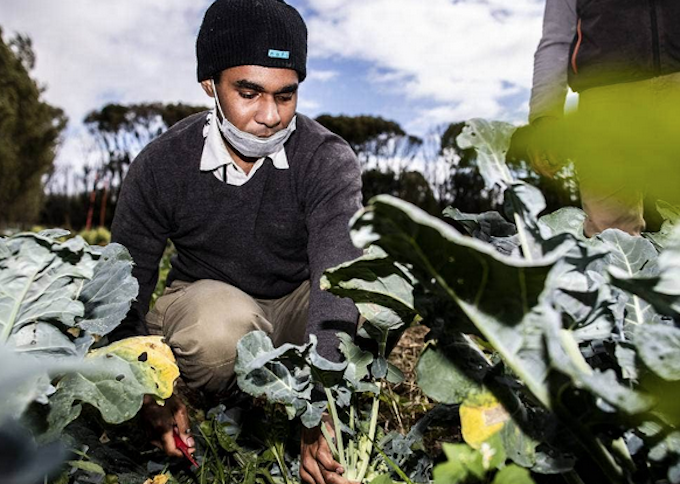 An international student from West Papua in Aotearoa New Zealand has donated hundreds of hours to a non-profit organization and opened the door to a new career.

Arnold Yoman, 19, came to New Zealand in 2019 from the Papuan provincial capital Jayapura on an Indonesian government scholarship and studied at Awatapu College in Palmerston North.

The school’s international department had a program in Manawatū to involve students in business during their first summer, separated from friends and family overseas.

Yoman – a younger one son of Reverend Socratez Yomanpresident of the Fellowship of Baptist Churches in West Papua, who visited New Zealand in 2016 – began volunteering at Wholegrain Organics when he could not return home due to border closures by covid-19.

“I was invited to volunteer by Wholegrain Organics Farm and Cafe and loved it so much I asked to stay after the holidays were over,” he said.

He volunteered at the Wholegrain Organics farm during school vacations and once it became apparent that he had a passion and talent for horticulture, the school began working with Wholegrain Organics so that he can continue his work and earn National Certificate of Educational Achievement (NCEA) credits. .

Yoman’s work goes through Wholegrain Organics hands-on food program, where he plants, nurtures and harvests organic produce for the community.

500 hours by the end
He will have worked more than 500 hours at the end of his voluntary work.

He is in his final year of school and wants to stay in New Zealand to study horticulture at Lincoln University in Canterbury next year.

The Wholegrain Organics Hands-On Food Program has been running since 2015, a non-profit program working with youth in community programs like a regenerative vegetable farm and a training kitchen and deli.

“Arnold’s work ethic has been an encouragement to the other youth in the program.

“International students have always been a big part of our program, so we wanted to support students who have been separated from their families over the holidays.

“We are delighted with their successes as students find new career paths, improving their English and enriching their time in New Zealand.”

Republished with permission from Stuff.

2022-05-16
Previous Post: Hornets playing with passion in the field
Next Post: Ted Kulfan: Battle of Alberta is sure to delight Canadian hockey fans | Sports